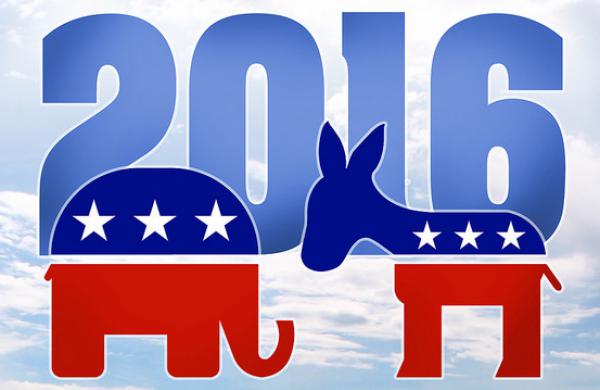 (John Kartch, Laurens ten Cate, ATR) Washington state rejects carbon tax – Initiative 732 got rejected by a 58.5% to 41.5% margin. The initiative would have phased in a $25 per metric ton carbon tax over a period of two years. After reaching $25 it would have continued to increase by 3.5% plus the rate of inflation until the tax reached $100.

Colorado rejects payroll and income tax hike – By a 79.9% to 20.3% margin, Colorado voters rejected Amendment 69, a massive tax increase that would have imposed a 10% payroll tax and a 10% tax on all non-payroll income.

Measure 97 which would have implemented a 2.5% gross receipts tax on all corporate sales exceeding $25 million.

Colorado rejects tobacco tax increase – By a 53.7% to 46.3% margin, Colorado voters rejected Amendment 72, which would have increased the tobacco excise tax by $1.75 per 20-pack. Additionally, all other tobacco products excluding e-cigarettes would have been taxed at 62 percent of the manufacturer’s list price.

Missouri rejects 23-cent cigarette tax increase – Missouri voters rejected Proposition A by 55.3% to 44.7% margin, which would have increased the cigarette tax by 23 cents per pack by 2021. Further, all other tobacco products would have been subject to an additional 5% sales tax.

Missouri rejects 60-cent cigarette tax increase  – By a 59.2% to 40.8% margin, Missouri voters rejected Constitutional Amendment 3, which would have raised the cigarette tax by 60 cents per 20-pack in 15 cent increments by 2020. Additionally, an ‘equity assessment fee’ of 67 cents per pack would have been imposed on manufacturers who did not sign the Tobacco Masters Settlement Agreement (TMSA) of 1998.

North Dakota rejects Tobacco Tax Increase – North Dakota voters rejected Initiated Statutory Measure 4 by 61.7% to 38.3%, which would have increased the state tobacco tax from 44 cents to $2.20 per pack. Also, it would have raised the tax on other tobacco products (including liquid nicotine and electronic vapor products) from 28 percent to 56 percent of the wholesale purchase price.

Illinois safeguards gas tax funds – The Illinois Transportation Taxes and Fees Lockbox Amendment passed by a vote of 78.9% to 21.1%. The Amendment will prevent lawmakers from using transportation funds for projects other than their stated purpose.

New Jersey safeguards gas tax funds – By a 53.6% to 46.4% margin, New Jersey voters passed Public Question 2, which dedicates all gas tax revenue to transportation projects, so politicians will be unable to raid it for their pet purposes.

San Diego, California, rejects hotel room tax increase – By a 57% to 43% margin, San Diego voters rejected Measure C, which would have raised the city’s effective hotel room tax by 60% (from 10.5% to 16.5%). The tax hike funds were to be funneled to the construction of a new stadium for the San Diego Chargers.

California passes Tobacco tax increase  – By a 62.9% to 37.1% margin, California voters passed Proposition 56, which increases the state cigarette tax by $2.00 per pack to a total of $2.87 per pack. This increase is also applied to all other tobacco-derived products including e-cigarettes.

Missouri extends sales tax – By a 80.1% to 19.9% margin, Missouri voters passed Amendment 1, which extends a 0.1 percent sales and use tax for another ten years.

Too Close to Call: