Assembly Caucus Circus is Back in Town

Assembly Caucus Circus is Back in Town
N&V Staff 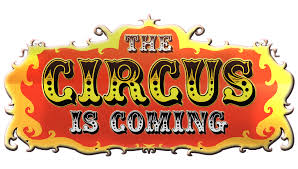 (Chuck Muth) – Because of their stupidity in supporting the largest tax hike in Nevada history last year and general campaign incompetence this year, Republicans in the State Assembly now number only 15 – having lost TEN seats on Tuesday.

Of the 15, there appear to be 7 establishment insiders and 8 conservative outsiders.  With that majority, both RINO Speaker John Hambrick and RINO Majority Leader Paul Anderson could be ousted from their “leadership” positions.  However…

Sadly, but not surprisingly, I’m told that one of the conservatives, Assemblyman Jim Wheeler, has already sold out for his 30 pieces of silver.

Hapless Hambrick is going to be ousted from his leadership perch – just as Pat “The Appeaser” Hickey was dumped two years ago – which is a great thing.  A well-deserved payback for selling out the conservatives in his caucus to get his Speaker position last session.

What goes around, comes around.  AMF.

The reason appears to be sour grapes over the fact that Wheeler-Dealer can’t get the 8 conservative votes he needs to become Minority Leader himself thanks to how he sold out conservatives on various votes during the 2015 legislative session – including his betrayal on the campus carry bill.

The other guy who wants to be king is Assemblyman Ira Hansen.  But he, too, can’t get to 8 because of how he screwed conservative Assemblywoman Jill Dickman in the closing two weeks of the campaign simply because she didn’t vote how he wanted her to vote during the special session last month.

Dickman, who would have been a solid vote for conservative leadership, ended up losing by a mere 38 votes.

Also, nobody trusts Ira any longer after he was elected Leader after the 2014 elections…and promptly quit when the heat got too hot in the kitchen.  That enabled Hambrick and Anderson to wrest control of the caucus and usher in the largest tax hike in Nevada history.

By the way, the guy who was supposed to become the Leader in 2015 after Ira quit was Assemblyman John Ellison, a conservative small businessman from Elko.  But then Hambrick sold out and switched sides.

What Wheeler-Dealer SHOULD do is support Ellison over Anderson instead of “pulling a Hambrick.”  Shamefully, it doesn’t look like he has the character to do what’s in the conservative movement’s best interest and will instead serve his own self-interest.

Dennis Hof, the legal brothel owner and HBO reality TV star, originally was thinking of running for the State Assembly in Wheeler-Dealer’s district.

But Wheeler-Dealer begged Hof to move and run against Oscarson instead.  Hof ran as a Libertarian and chalked up 40% of the vote last Tuesday – about 10 times the number of votes Libertarian candidates usually get.  He’s clearly a VERY strong candidate.

Oh, and in that race, after Hof agreed not to run against Wheeler-Dealer, Wheeler-Dealer stabbed Hof in the back and endorsed Oscarson.  What a weasel.

So I wonder if Hof might consider switching parties, moving back into Wheeler-Dealer’s district, and run against Wheeler-Dealer in the GOP primary in 2018?

“Despite what the media say and write about Obama and his so-called legacy, the majority of the people in the country know his presidency has been an abject failure. Hillary Clinton was part of that failure.” – Peter Lucas of the Lowell Sun