America—Still The Land Where Dreams Can, And Do, Come True

America—Still The Land Where Dreams Can, And Do, Come True
N&V Staff 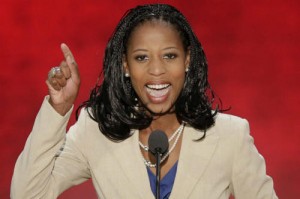 (Stephen Allott) – For anyone wondering if the American dream was still alive and well, they had to look no further than the Republican National Convention last week.

Speaker after speaker took to the convention podium with their personal stories. And what compelling stories they were! The tales were both heart-wrenching and heart-warming, sometimes filled with both desperation and inspiration, but all were eloquently expressed stories of courage, grit, determination, aspirations – and a dream.

Who could not have been moved by Condoleezza Rice, who reminded us that her parents had told her, as a child, that while she could not eat a hamburger at a Woolworth’s counter in Birmingham, Alabama, she could grow up to be President of the United States – and who became Secretary of State?

Who could not have been moved by the story of the man who was imprisoned and tortured in Cuba, nearly beaten to death, who fled to Texas with $100 sewn in his underwear, and washed dishes making 50cents an hour to pay his way through university? The man was the father of Ted Cruz, who is currently Attorney General of Texas, and now the Republican candidate for U.S. Senate.

Who could not have been inspired by Nikki Haley, daughter of Indian immigrants who started their business in the family living room? After 30 years, it is now a multimillion dollar company and Nikki Haley is the current Governor of South Carolina.

Who was not inspired by the story of Saratoga Springs Mayor, Mia Love, whose parents came to America from Haiti with $10.00 in their pockets, ‘believing that the America they had heard about really did exist’? Mia Love is now the Republican nominee for Utah’s new fourth congressional district.

Who was not impressed by New Mexico Governor Susana Martinez, who told of being raised in a border town in a family who lived paycheck to paycheck? Her parents had no savings, but started a security guard business, and at 18 she was guarding the parking lot at the Catholic Church bingo sessions! She is now the nation’s first female Hispanic Governor.

Our own Hispanic governor, Brian Sandoval told of his first job cleaning sheep pens, working in a hospital cafeteria during college and working his way through law school. He became not only a state legislator and Attorney General of Nevada, but earned himself a lifetime appointment as Judge of the United States District Court, before being elected Governor of Nevada.

None of the speakers appeared to be born with silver spoons in their mouths. None appeared to be raised in affluence. None seemed to have made it through influence. None of the speakers were unique. Their stories are the stories of millions of Americans across our great land. These speakers, all from humble backgrounds, made it themselves, clearly having been raised in environments and families that valued the rewards of self-reliance and the benefits and foresight of pursuing a dream – the American dream.

The values espoused by all the speakers at the Republican National Convention are not only Republican values, they are American values. The convention was a much needed reaffirmation of those values, if not for ourselves, then certainly for the next and future generations.

What the speakers at the Republican National Convention provided , was not only a reminder of those values to all of us, but that despite the uncertainty and despair of the times, we truly are all masters of our own destiny, and that if we dare to dream, certainly in America dreams can – and do – come true.