An Attempt to Make Sense of Politics Today – Part II

In our last column, we discussed the Civil Rights movement that hugely changed America in the 20th Century and greatly redeemed the failure of our Founding (allowing slavery) and the Democrat and KKK legacy of bigotry, oppression and discrimination known as Jim Crow. 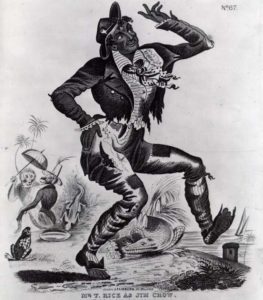 We pointed out that government, plus the social, economic and political Establishment, was the enforcer of slavery and Jim Crow.  And that the reforms overshot their mark, leading to pernicious reverse discrimination that now travels under the euphemism of diversity.

Many Republicans, whose party led the fight against slavery and for equal rights, plus limited-government conservatives, resisted the overshoot, focusing on high-minded principles including the rule of law and individual (not group) rights.  Many Democrats sought to atone for their party’s historic bigotry and demonstrate their virtue by changing government from the instrument of minority oppression to one of minority revenge or at least group compensation.

In the late 19th Century, when Jim Crow was rising, two radical political movements born in Germany came to America.  One was progressivism, which in its earliest form was merely the provision of what today we’d call a modest social safety net.  The other was socialism and communism in which government owned “the means of production” – i.e., commercial and industrial ventures.

Once here, these ideologies mutated.  Progressivism, both here and in Europe, began to mean exchanging limited-government democratic governance for nearly unlimited central planning, command and control economics and social policy controlled by insiders who considered themselves the elite.  America adopted its own lite version collectivist economics via regulation instead of state ownership.

Early on, progressivism won major adherents among both Republicans (Theodore Roosevelt) and Democrats (Woodrow Wilson).  It was also associated with racism and other bigotry, as exemplified by Planned Parenthood founder Margaret Sanger and those two presidents.  Regulation was also a bipartisan movement.

With the coming of Franklin Roosevelt’s New Deal, the Democrats became true leftists and began to own both progressivism and collectivist economics.  FDR used regulation as far as he could, but then resorted to limited socialism.  In the 1960s, Lyndon Johnson and the Democrats married aggressive and extensive progressivism and collectivist economics with their new-found support for civil rights.

Along the way, Democrats and other leftists discovered coalition politics based on ethnic, gender, racial, regional and particular economic interests, including especially labor unions.  Beginning in the 1960s this approach mutated into identity group politics, which they increasingly have ridden right up to the present time.

However, their politics lent a false symbolism of supporting little people, the unfortunate and the disenfranchised against the alleged predation of real capitalists and proponents of individual liberty.

Also, as their politics crowded out religion and other voluntary charitable and civil enterprise, their politics became their religion.  It not only allowed them to demonstrate their alleged virtue via empty political posturing and preening, but also gave them a rhetorical weapon against their political opponents as they developed the language of “political correctness.”

All the while, they’ve been blind to the fact that the essence of all their politics is increasing coercion.  That is inherently aggression, oppression and destruction of aggregate human wellbeing (the real public interest).  All that is experienced by their targets as hate and lies, especially when coupled with the smug condescension and ugliness of ever increasing political correctness and ever more splintered identity politics.

Along the way, principled arguments of many Republicans and other limited-government conservatives often have been drowned out by all this – but thereby reinforced, not refuted.  The increasingly vicious and intolerant litany and aggression of the Democrats and other leftists has thus provoked severe frustration, legitimate anger and a sometimes (but not always) inarticulate rage.  And thus a strong reaction by bigots and other lowlifes, as well as thoughtful reactions by limited-government conservatives.

Today’s politics in a nutshell: Democrats and other leftists are reaping some of what they have long sewn.