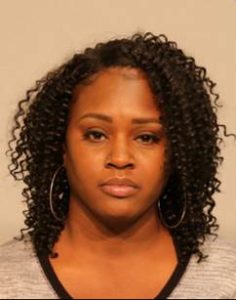 Goodwin participated in a pedestrian accident scheme which allegedly involved presenting false claims to insurance companies claiming that a pedestrian was hit and injured by an insured’s motor vehicle. The accidents never occurred, but the claimants are alleged to have reported medical treatment to increase their chances of a higher settlement with insurance companies.

“My Insurance Fraud Unit continues to combat fraud on behalf of all Nevadans, and the individuals involved in this pedestrian accident scheme are being brought to justice one by one,” said Laxalt.

The crime of Insurance Fraud is punishable by up to four years of imprisonment and a fine of $5,000. Goodwin is scheduled to be sentenced on December 11, 2018 in the Eighth Judicial District Court.

Last year, AG Laxalt announced the largest multi-defendant indictment in Nevada Attorney General history related to staged automobile accidents and thefts. The case involved 24 defendants with 68 felony counts for their roles in filing 23 fraudulent insurance claims. Prosecution by the Office of the Nevada Attorney General in that case and in the case against Na Var Derick Lee is ongoing, and the named defendants remain innocent unless and until they are proven guilty beyond a reasonable doubt.

To view the criminal Information against Goodwin, click here. To file a complaint concerning an individual or business suspected of committing fraud, click here.