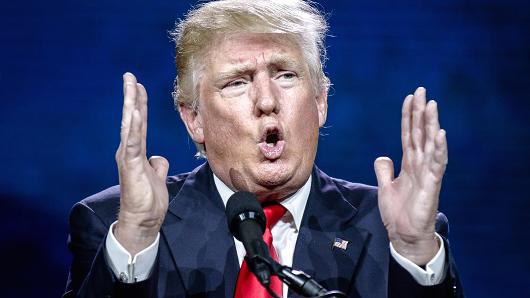 (Jake Novak, CNBC) It’s the eve of the wedding. Family and close friends are gathering for the big rehearsal dinner. Things are going well, but then your rich, quirky aunt stands up and declares she is opposed to the wedding, won’t be coming to the ceremony and you can forget about getting a gift. Of course, the wedding goes on as planned and nobody really misses that aunt as it’s clear to everyone she embarrassingly overplayed her hand.

That’s what’s going on right now as the Republicans prepare for the big GOP convention in Cleveland beginning July 18th. Several big names in the party are choosing this time to launch one last push to blockDonald Trump from officially getting the nomination. Some of those publicly objecting to the “marriage” are trying to convince the Trump delegates to choose another candidate and many of the richest anti-Trumpers are refusing to donate to the party at all. I understand the objections to Trump, I really do. But it’s also painfully obvious that these machinations against his inevitable nomination are hopeless, and it’s just slightly less obvious that when rich Republican elites come out so strongly and publicly against Trump it helps his campaign messaging and solidifies his core support.

Think about it, when someone like former Treasury Secretary Hank Paulson endorses Hillary Clinton or an Upper West Side billionaire Republican like Paul Singer warns of an economic apocalypse if Trump wins, that just helps Trump’s assertion that he’s fighting Wall Street and the rest of the establishment with a campaign for real change.