Are the polls skewed against Trump?

Are the polls skewed against Trump?
N&V Staff 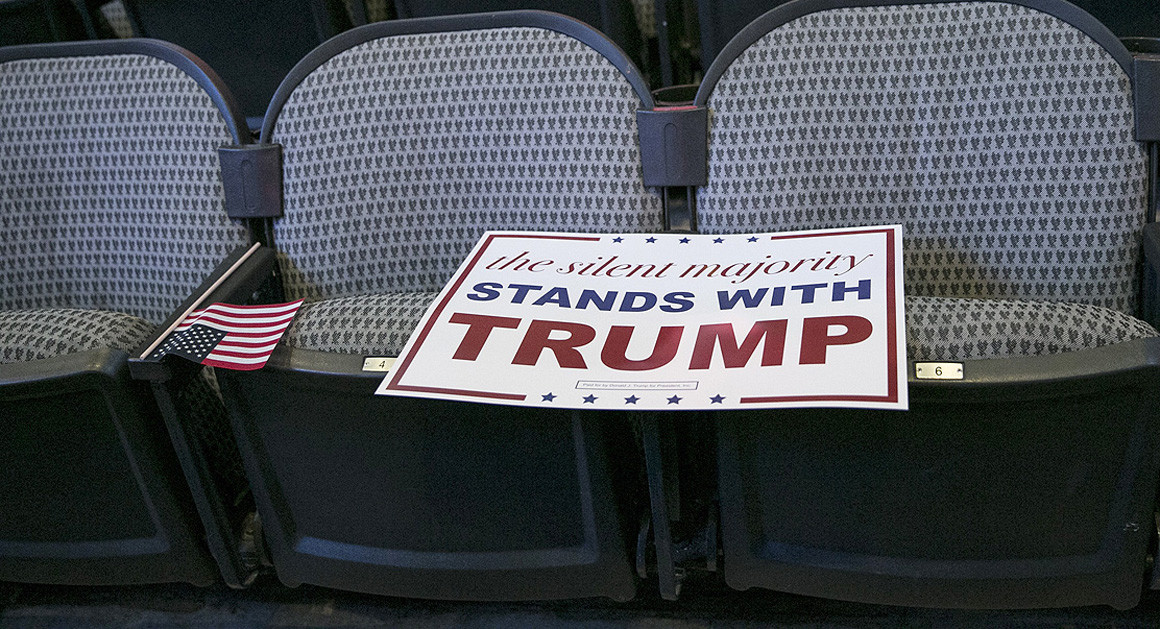 (Steven Shepard/Politico) – Is there a pool of voters who are too embarrassed to admit to pollsters they’re voting for Donald Trump?

As Trump consistently lags Hillary Clinton in general-election polls, his campaign is counting on it.

The notion of the “shy Trump voter” refers to the theory that there’s a group of voters who won’t admit their support for Trump in phone surveys, but will actually choose the controversial, presumptive GOP presidential nominee this fall.

The Center SquareNovember 3, 2020
Read More
Scroll for more
Tap
GOP can take fingers off panic button now, Trump in dead heat with Crooked
A Pledge For Thee But Not For Me