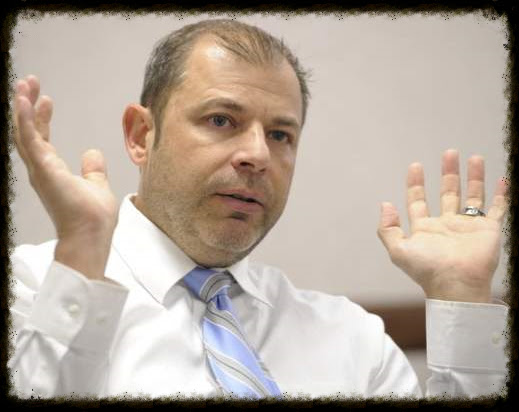 (Steve Sanson) – Paul Anderson is the “establishment” candidate. He has gone against the will of his constituents, voting to increase our taxes by $1,500,000,000 (1.5 billion dollars); and, has allowed beneficial assembly bills to fail-denying our community the opportunity for improvement in our quality of life here in Nevada. Despite his actions, he is asking to be re-elected.

According to the Capitol Resource Family Alliance (CRFA), Assemblyman Anderson scored a pitiful 63% for his voting record on the “highest priority bills” tracked in 2015. The CRFA is an organization that “carefully reviews legislation introduced in the State of Nevada to determine its potential impact on issues relating to family, life, and religious liberty.” They “track specific legislation throughout the year and compile a Legislative Scorecard based on votes on the various bills.” The CRFA tracks voting records for conservatives to use as a tool when visiting their legislator’s office, attending Town hall meetings, and at the polls when determining whether a representative is adequately representing their values.

This bill provides that public school restrooms, locker rooms and showers designated for use by one biological sex must only be used by members of that biological sex regardless of the students’ gender identity. Gender identity refers to a person’s private sense of his or her own gender. AB 375 requires gender non-conforming students must be accommodated but that accommodation may not be done by violating the privacy or risking the safety of the other students in the public school. The Bill failed to pass out of the Assembly.

According to several different legislators, Assemblyman Anderson voted in caucus meetings to prevent AB 375 from a floor vote, openly opposing the Bill. Then, he spoke out of the other side of his mouth, assuring his constituents that he supported the Bill, and was trying to improve it, though he never contacted Assemblyman Hansen about any proposed amendment(s). Anderson had no choice. Hypocritically, he then voted for it on the floor.

Under the guise of “anti-bullying” the legislature is advancing the rights of a special class of citizens based on their perceived gender identities while taking away the rights of privacy and free speech of others. AB 504 effectively opens all bathrooms and locker rooms to both sexes in Nevada Public Schools. Students who identify themselves as a sex other than their biological sex will be entitled to choose which bathroom and locker room they use. This bill also re-defines the word “bullying” to be a vague term inclusive of any act that may cause a student to feel that his or her rights are being “interfered” with. The new definition leaves students and school staff subjected to discipline for just about anything, even if a student may have their feelings hurt. The “willfulness or intent” of the act is not a factor in charging a student with bullying.

This bill would require an abortionist to give notice to one parent no less than 48 hours before performing an abortion on a minor. Currently, a doctor can perform on a minor child without notifying the child’s parents or obtaining consent from a parent.

Assemblyman Ira Hansen worked tirelessly and relentlessly to assist the pro-life/parental rights folks get the Bill introduced through the Speaker. Assemblyman Anderson, as Majority Leader, told the Committee chair to not even hold a hearing on it. Simply put, the Republican leadership, as led by Assemblyman Anderson, did everything possible to insure the Bill failed.

The pro-life leader, Melissa Clement, came to Assemblyman Hansen when she learned what Assemblyman Anderson had done, Hansen was frankly shocked. During the next caucus meeting, Assemblyman Hansen confronted Anderson about trying to prevent the Bill from being heard, he did not deny his position. However, after a rather stormy debate, Assemblyman Hansen asked our full caucus to vote on whether to bring the Bill forward. The majority was very supportive, so Hansen insisted the Bill be re-routed into the Judiciary Committee (where he was Chairman). Despite the reluctance of some committee members, this was done, and the Bill passed on a party line vote in Committee. Afterward, Assemblyman Anderson attempted to use his power as Majority Leader to prevent the Bill from coming to the floor.

Again, a stormy caucus meeting occurred where the majority voted to bring it to the floor. Without any choice on the matter being heard, Assemblyman Anderson then and only then, hypocritically voted in favor of the Bill. The Bill passed on a party-line vote, but Senate Majority Leader Michael Roberson then allowed the bill to die, without even a committee vote.

This is pretty disgusting.

Assemblyman Anderson does not represent the values you voted for:

• He is in favor of shared locker rooms for high school students, regardless of gender;
• He thinks your minor daughter should be permitted to have an abortion without your consent as her parent and/or guardian.

Is this what you want? Is this who you are?

Mr. Sanson is president of Veterans in Politics and a Republican candidate for Assembly District 13