At This Rate, The State of Nevada Will Have Blown $112.5 Million For Zilch

At This Rate, The State of Nevada Will Have Blown $112.5 Million For Zilch
N&V Staff

(Nevada Journal) – They descended on Nevada legislators in 2013, promising new jobs in the state’s depressed areas and higher tax revenue for state government.

All lawmakers had to do, they said, was approve legislation that would allow certain private firms designated as “qualified community development entities,” or CDEs, to take control of $119 million in Nevada state tax credits. 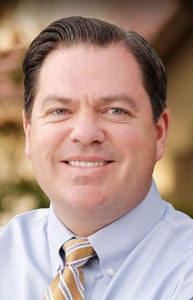 Roberson is currently a candidate for the GOP primary nomination for Nevada’s Third Congressional District.

No one testified against the bill.

Nor does the legislative record indicate that any of the Legislature’s financially unsophisticated citizen-lawmakers offered any more due diligence than to ask a few innocuous questions of Advantage Capital’s chief lobbyist, Managing Director Ryan Brennan.

Unchallenged, the legislation — titled the “Nevada New Markets Jobs Act” — was overwhelmingly approved by lawmakers and then signed into law by Gov. Brian Sandoval.

Now, however, a 2015 state report on the real-world financial performance of the SB 357 program has been discovered. It was embedded in information submitted by the Legislative Counsel Bureau to Nevada’s Economic Forum late last year.

And the data in the report suggests the Legislature may well have been taken for a multi-million-dollar ride.

The program authorized by the Roberson bill was designed to allow Advantage Capital and other CDE firms to receive state tax credits worth, initially, $145 million — a sum later amended down to $116 million — which the firms could then sell at a discount to insurance companies.

In exchange for being permitted to monetize the tax credits, the CDEs pledge to the state that they’ll make $200 million of investments in Nevada small businesses that meet certain government criteria.

Usually, the businesses must have a high proportion of minority employees and/or are in areas of the state that the federal government has designated as economically depressed.

The job and economic benefits to Nevada of this complex scheme, Brennan and Roberson insisted, would far exceed the cost to the state of the $116 million revenue hit that the state would take.

Senate Finance Chair Debbie Smith, a Democrat who eventually became a co-sponsor of the legislation, expressed the essence of the sales pitch succinctly.

“The economic benefits,” she said, “greatly outweigh the potential future tax credits.” To which Roberson replied, “I concur with Senator Smith.”

By June 2, the bill had picked up four other co-sponsors: Commerce, Labor and Energy Chair Kelvin Atkinson and three members of the Assembly: Dina Neal, John Hambrick, and Lynn Stewart.

And on June 3, just a half-hour before midnight on the last day of the 2013 Legislative Session, SB 357 was approved by 54 of the 56 Nevada lawmakers.

Since then, however, the results have begun to come in. And they don’t at all resemble the lobbyists’ forecasts.

Yet the incremental tax revenue for that year — as projected by the state’s Department of Business & Industry as of the report date — was only $360,531.

That sum is only 1.58 percent of the 2015 tax credit and suggests that, on balance, the State of Nevada program’s net revenue for the year is a loss of around $22.5 million. Times five — the number of years during which the tax credits will be cashed in — that could mean a state revenue loss potentially as high as $112.5 million.

Admittedly, the state report provides only a projection done while figures for the last two months of 2015 still had not come in.

Still, the actual tax revenue that has come in is a far cry from the big-money returns to the State of Nevada that Roberson and Advantage Capital’s chief lobbyist had led lawmakers to expect. Roberson, contacted yesterday via his campaign website email address — Michael@VoteMichaelRoberson.com — did not respond to Nevada Journal‘s request for comment. Nor did any campaign staff.

Lobbyist Brennan had been especially explicit and emphatic. Testifying at length, he had repeatedly told lawmakers that other states had found very similar programs to have made more money for their states than the tax credits had cost the states.

For example, in an exchange with State Sen. Joe Hardy, Brennan cited Florida, which he said, “budgeted much like I expect Nevada would, where they projected the confirmed loss of revenue.”

So it was certainly budgeted for foregone revenue. What they found, from these 33 businesses that have received funding, and these 2800 jobs that have been created since their funding, [was] that the calculated new revenue — and in that massive packet of information you have is an updated Florida study — the new revenue from those businesses and those jobs is greater than the cost of the credits.

Sen. Hardy then followed up:

So, actually you won’t have lost any revenue at all by starting this with less revenue in the budget?

Senator, that is how it happened in the two states that have used it the longest, Missouri and Florida. Both confirmed through state audits that the revenue is exceeding the cost of the credits. (Emphasis added.)

That’s what I wanted to hear. Thank you. Appreciate it.

However, what audit authorities in both Missouri and Florida said was quite different.

When contacted by the Nevada Policy Research Institute in 2013 and shown Brennan’s video-taped testimony, audit directors denied that any such audits by either of their states had “confirmed” Brennan’s claim that “revenue is exceeding the cost of the credits.”

Indeed, the audit departments said, no such audits even existed.

Those “reports,” however, were not state audits. Rather, the reports appear to have been papers actually sponsored by Advantage Capital and/or other national organizations that have a strong financial interest in continuing to receive and monetize state tax credits.

For example, a number of such reports were produced by the Washington Economics Group, Inc. (WEG), for The Florida Coalition for Capital, an advocacy and lobbying organization incorporated in Florida in 2012 but headed by out-of-state principals, two of them living in Louisiana, the original home base of Advantage Capital and other firms that dominate the nationwide business of monetizing state tax credits.

One such industry-sponsored WEG report on Florida, four pages dated January 12, was submitted to the Nevada Legislature early in the 2013 session. Four months later, another, longer, advocacy report by WEG purportedly on Florida’s experience, immediately upon publication, brought to Nevada lawmakers’ attention by Brennan via an April one-page brief.

Remarkably, WEG’s principal, J. Anthony Villamil, personally wrote Nevada State Sen. Kevin Atkinson, early in April 2013, “to share with you some of our research findings and analysis about the Florida New Markets Development program” and, implicitly, actively advocate for the passage in Nevada of Senate Bill 357.

The arguments put forward by Villamil in both his letter to Atkinson and in the longer WEG paper cited by Brennan, will be examined closely by Nevada Journal in the next story in this series.