ATR President Grover Norquist today led a coalition of 51 conservative, free-market, pro-business, and pro-family activists and organizations in calling for President Trump to end the inflation tax on capital gains. 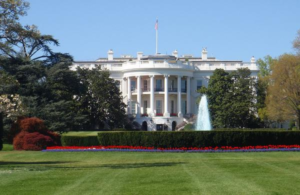 Please see below for the full text of the letter or click here for a PDF.

We urge you to utilize your executive authority to remove the inflation tax on savings and investment by indexing the calculation of capital gains taxes to inflation.

We represent a broad cross-section of conservative, free-market, pro-business, and pro-family organizations that were very supportive of the Tax Cuts and Jobs Act of 2017. Ending the inflation tax will build on the success of that law and deliver a booster shot to economic growth and the stock market.

Our tax system does not distinguish between these two increases in savings – the economic growth increase, and the merely inflationary increase. The whole gain is taxable. According to the non-partisan Tax Foundation, fully one-third of all unrealized capital gains are due only to inflation.

According to legal scholarship going back decades, the executive branch can define cost basis in an investment in such a way that the inflation tax on savings can be eliminated. Rather than having to pay tax on both real and inflationary gains, a family or business selling an asset would only pay tax on the real gain, or the gain derived from economic growth.

This policy is a simple matter of fairness. American families and job creators should not have to pay taxes on phantom income. Our tax brackets are indexed to inflation for a reason–we don’t think a worker who gets a raise that barely keeps pace with inflation should face a tax increase. The same principle should apply to savings.

We believe taking inflation out of the tax on savings will be welcomed by investors and will boost the stock market given that a cut in the tax rate on investment was not a part of tax reform.

Taking bold executive action now–without having to go to Congress–will restore confidence in financial markets and help bolster every 401(k), IRA, and 529 plan in America. It completes the unfinished promise of the Tax Cuts and Jobs Act.

Just as tax reform resulted in the repatriation of hundreds of billions of dollars overseas to be reinvested here in America, ending the inflation tax on savings will result in hundreds of billions of dollars in unlocked investments, with the resulting capital reallocated more efficiently. The result will be more jobs created and faster economic growth.

With a divided Congress, any effort to pass Tax Reform 2.0 or additional middle-class tax reduction is unlikely. On the other hand, ending the inflation tax can be achieved through the administration’s executive authority.

We urge you to swiftly use this authority and stand ready to work with you and your team to achieve this tax cut for the American people.

President, Center for Freedom and Prosperity

President, Center for a Free Economy

President and CEO, The Heartland Institute

President, We the People Convention