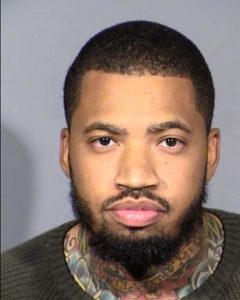 Eighth Judicial District Court Judge Carolyn Ellsworth sentenced both defendants for Submitting False Claims, a category “D” felony. Pearson was sentenced to 19 to 48 months in prison and ordered to perform 250 hours of community service. As part of the sentence, Pearson and Emerald Vision were ordered to pay $750,000 in restitution. Individuals or businesses convicted of Medicaid fraud may also be administratively excluded from future Medicaid and Medicare participation.

“When Nevada Medicaid receives a bill, my office expects the services to be provided to Nevadans in need,” said AG Ford. “My Medicaid Fraud Control Unit will continue to pursue illegal billing practices that waste taxpayer dollars and increase the cost of medical care for all Nevadans.”

The MFCU investigates and prosecutes financial fraud by those providing health care services or goods to Medicaid patients. The MFCU also investigates and prosecutes instances of elder abuse or neglect. Persons convicted of Medicaid fraud may also be administratively excluded from future Medicaid and Medicare participation. Anyone wishing to report suspicions regarding any of these concerns may contact the MFCU at 702-486-3420 or 775-684-1100.

To view the criminal information against Jason Andre Pearson and Emerald Vision, click on their respective links. To file a complaint with the Office of the Nevada Attorney General, click here.