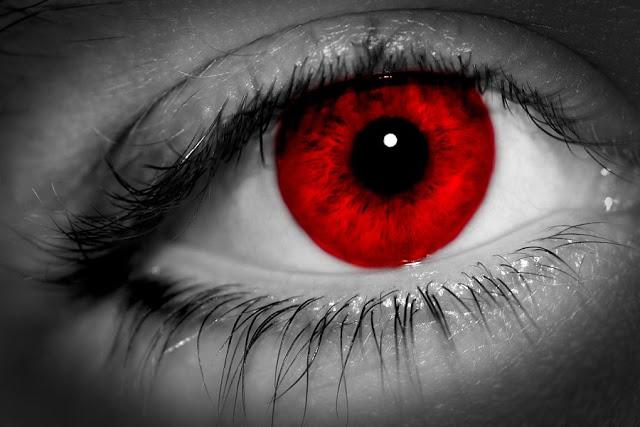 (Chuck Muth) – Watch out, contact lens and eye-glass wearers, Congress is seeing green – campaign cash green – and is looking to rob you blind you at the checkout stand.  Sadly, it appears some GOP members are itching to join the shakedown.

At issue are archaic laws – passed before Al Gore invented the Internet – that protect optometrists (eye doctors) from low-price competition.

In the “old days,” optometrists were able to hold you as a captive audience.  They’re the only doctors – other than veterinarians – who have been allowed to both issue a prescription and FILL it.

This eye exam scam meant you had to go to an optometrist and pay through the nose for a simple reading test to determine just how small the letters on the wall became before you could no longer read them.

Based on the results, you were issued a prescription for eye-glasses or contact lenses.

But before leaving the building, you were escorted into a bright, shiny showroom and were strongly urged to buy your newly-prescribed eyewear, usually over-priced, right there, on the spot – a practice that continues to this day.

This special doctor-salesman relationship, wrote Jarrett Dieterle in the Washington Times in October, “gave optometrists a powerful monopoly over the sale of eyewear, resulting in eye doctors steering patients toward the brands they carried rather than the most affordable lenses.”

“When I last went to an eye exam at a storefront optician in the United States,” wrote Yascha Mounk in The Atlantic last month, “the staff gave me the hard sell on glasses that would have cost hundreds of dollars, as well as on contact lenses that were much more expensive than identical ones sold by online retailers.”

Fortunately, Mr. Mounk knew about the Fairness to Contact Lens Consumers Act (FCLCA) of 2003 which REQUIRES optometrists to give you a physical copy of your prescription so you can make your purchases online or at another discount retailer.

But most eye-glass and contact lens wearers don’t know about the FCLCA.  And optometrists, for obvious profit-based reasons, want to keep it that way.

As such, it was discovered that some less-than-scrupulous eye docs were withholding prescriptions, or delaying verification of prescriptions, that were going to be filled by third-parties.

In 2004 the FTC issued a “Contact Lens Rule” that, as Mr. Dieterle notes, “required optometrists to provide patients with a copy of their prescription, which made it easier for patients to obtain contact lenses from other sellers.”

In addition, it allowed third-party retailers to “automatically issue lenses if a patient’s optometrist decided not to release the prescription in a timely manner.”

For the record, my organization, Citizen Outreach, along with a number of other conservative/free-market grassroots organizations, have supported these consumer-friendly rules from Day One.

Yet some optometrists continued to withhold prescriptions or slow-walk prescription verifications in an effort to protect their cash-cow.

So in 2015 the FTC proposed a rule update that would “require optometrists to provide patients with a written acknowledgement document that informs them of their right to buy lenses from other retailers.”

Naturally, the optometrists saw red over the proposal.  And the American Optometrist Association (AOA) dipped deep into their multi-million-dollar war chest and unleashed their army of DC lobbyists to kill the new rules.

They’ve successfully delayed its implementation so far.  But enough is enough.  It’s time for the FTC to stop dragging its feet and issue the updated rules.

In the meantime, the AOA has opened a new front in the war against consumer choice in the contact lens and eye-glass war, as noted by Mr. Dieterle…

“Now, in addition to resisting updates to the Contact Lens Rule, optometrists – spearheaded by the American Optometrist Association – are backing a bill in Congress that further undermines the last decade-plus of reforms. Introduced by Reps. Bobby Rush, Illinois Democrat, and Michael Burgess, Texas Republican, the proposed legislation would ban the use of pre-recorded calls for prescription verifications.”

“As noted, this setup for verifying prescriptions reflects the fact that eye doctors often refuse to respond in a timely manner when patients choose to buy their lenses elsewhere. Verification calls themselves are mostly routine – they simply require the optometrist to confirm the prescription – and thus it is completely appropriate to use pre-recorded calls for such purposes.”

That any Republican would support this protectionist legislation seeking to take us back to the bad ol’ days of forcing eye-glass and contact lens wearers into a captive market at the behest of a self-serving special interest is unfathomable.

Unless, of course, they’re seeing the color of green.

Mr. Muth is president of Citizen Outreach, a free-market 501(c)(4) grassroots advocacy organization, and publisher of Nevada News & Views.  His views are his own.