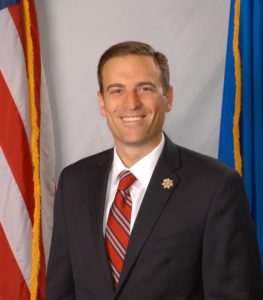 Modeled after the election monitoring program initiated in the 1960s by the Civil Rights Division of the U.S. Justice Department, the mission of the partnership is to make a record of any fraudulent or unlawful activity at the polls. The volunteers will be present at various locations during early voting and on Election Day. While volunteers will not interfere with the conduct of the election or give direction to poll workers, should any suspicious activity occur, they will be on site to make a record of such activity that may be used in a subsequent criminal or civil action against persons who engage in voter fraud, voter intimidation, electioneering or any other illegal activity related to elections. State and federal election law prohibits discrimination in the election process on the basis of race, color or membership in a minority language group.

Secretary Cegavske spoke about the partnership in stating, “As the Chief Election Officer for the state of Nevada, I am grateful for the assistance of Attorney General Laxalt and staff in this important endeavor. We both agree that it is of great importance to the citizens of this State to jointly employ our resources to help ensure the integrity of this year’s election.”

Attorney General Laxalt added, “I am thrilled to be working with Secretary Cegavske on this project. We anticipate that our volunteers will be a strong deterrent to voter fraud, voter intimidation and electioneering. While we are confident that this election will be a resounding success, we are prepared to build a case against anyone who may be planning to jeopardize or undermine the integrity of Nevada’s elections.”