On May 29, Jones pleaded guilty to enticing a victim to engage in prostitution on the Las Vegas Strip. The Las Vegas Metropolitan Police Department’s Child Exploitation Task Force removed the victim from Jones’ control, and subsequently uncovered his role in the prostitution. Immediately thereafter, the Attorney General’s Office initiated its prosecution.

“Under my leadership, this office will continue to protect society’s most vulnerable, especially human trafficking survivors, by aggressively pursuing justice for them,” said Laxalt. “Human sex trafficking is a multi-billion dollar industry that relies on deception, threats and manipulation in order to trap its victims, and will not be tolerated.” 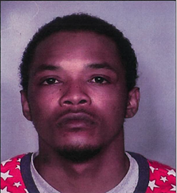 Eighth Judicial District Court Judge Louis Eric Johnson accepted Jones’ guilty plea to one count of sex trafficking. Jones is set to be sentenced on July 14, 2015. He faces a term ranging from 3-10 years in prison, and will be required to register as a sex offender.