(Office of the Attorney General) – Carson City – Nevada Attorney General Adam Paul Laxalt announced that Kyle Gabelman, 32, of Sparks, was sentenced this week for theft in relation to unemployment fraud, a category “C” felony. His codefendant and mother, Drema Sue Smith, is expected to be sentenced for her role in the crime this June. The fraud was committed between January and December 2012. 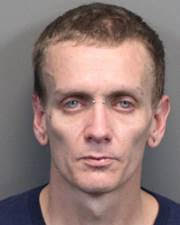 “Not only was our office able to close this investigation with a successful prosecution, but we were able to recover the entirety of the amount stolen from the state,” said Laxalt. “Those considering defrauding the state of Nevada should think twice, and note that attempts to swindle taxpayers will not be tolerated by this office.”

To read the criminal Information, click here. To file a complaint about someone suspected of committing a fraud, click here.

N&V StaffJuly 10, 2022
Read More
Scroll for more
Tap
I Love the Smell of Fossil Fuels in the Morning!
Memorial Day 2015