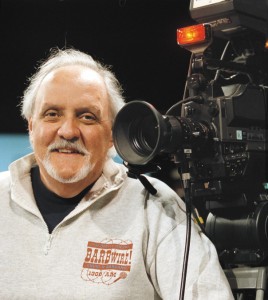 (Ron Knecht and Geoffrey Lawrence) – James Smack says it can be quite difficult to have a conversation or state facts on public affairs television with today’s progressives of the Obama/Clinton/Sanders ilk.  The statist liberal crowd is used to controlling media narratives, and they don’t brook dissent or facts and logic that undermine their control.

When a conservative brings up a valid point or question, they get flustered and angry.  Instead of a thoughtful, constructive, respectful answer, the conservative often gets shouted down, not debated in a reasonable exchange between civilized discussants.

Case in point: Smack, the former Republican National Committeeman and now Chief Deputy Controller, took to the airwaves on the pundit panel of Nevada Newsmakers earlier this week.  He was part of a two-part TV panel hosted by Sam Shad and featuring Andy Barbano, editor of NevadaLabor.com, and Robin Reedy, former Chief of Staff to Governor Jim Gibbons.  The first part aired on Tuesday, December 8.  The second part will play December 10.

Toward the end of part one of the discussion, Smack noted that gun control laws in California did not help in the recent San Bernardino terrorist shooting.  He stated correctly that California has universal background checks, an assault weapons ban, and a high-capacity magazine ban already in place.  Then he asked, “How did these laws help the victims in San Bernardino?”

It’s a perfectly valid and essential question, and very timely given the progressives’ propensity to rush the microphones to blame the lack of gun control for all gun violence in our country.  Did Barbano simply answer the question?  Did he focus on the subject itself and raise facts, logic or any thought at all?

Not exactly.  Instead, he went to the trite leftist playbook and accused Smack of “demagoguery” for even raising the question.  That’s how part one of the discussion ended.

Hate-driven, vicious, dishonest attacks on an opponent instead of a reasonable discussion of the subject itself is standard operating procedure for people like Barbano.  Those are the easiest responses to points for which they don’t have an answer. In this matter, they know a reasonable, thoughtful response would just validate Smack’s point that more gun control is NOT the answer to ending gun violence in America.  Especially for attacks by savage islamo-fascist terrorists.

Caught out in the argument, unprincipled, indecent ideologues like Barbano merely attack the other person in frustration with ridicule and insult.

The fact, Mr. Barbano, is this:  California’s restrictive gun laws, the ones proposed by Bernie Sanders and Hillary Clinton to be rolled out nationwide if either is elected, don’t work.

Attacking Smack for observing that these laws did not help the victims is the real demagoguery.  Likewise, calling Smack’s words hate speech that minimizes the suffering of the San Bernardino victims and their families.

Earlier in the interview, all agreed that Donald Trump’s statements about banning all Muslims from entering the United States were misguided.  Barbano, however, couldn’t resist suggesting Trumpian fascism and that the next steps will be concentration camps for Muslims if Trump is elected.  Another hyper-aggressive non sequitur from Barbano, but just business as usual for a leftist.

Part two of the interview continues the argument between Barbano and Smack, with Reedy adding some good points.  Part two closes, however, with one very important matter not making the show.  Smack makes his final point that “there are only two people to blame here, and those people are the two individuals who carried out these attacks.”  Barbano wholeheartedly agreed with that statement.  What was left unrecorded was Barbano’s agreement with Smack’s final words: “So, I cannot blame the guns for this.  It was the individuals who perpetrated the crime.”  Exactly!

Smack focused of the key facts we should all remember.  The guns were not to blame.  The victims were certainly not to blame.  And California’s restrictive gun laws did absolutely nothing to stop this massacre from happening.

Shad and Reedy also made another important point:  We, as Americans, need to keep shopping, keep living, and by all means not dwell in fear. That’s how we’ll win against enemies who wish to do us harm, both foreign and domestic.  Such good sense may be lost in the noise of Barbano’s antics.