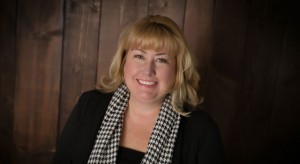 If Faraday proposal passes, get ready for stampede of corporate welfare companies beating a path to Nevada’s door

(Amy Groves) – Governor Brian Sandoval announced this week that he will be calling a special session of the state Legislature so he can give more money to an out-of-state company to “bribe” it to come here.

It’s a violation of our constitution to take money from taxpayers and selectively give it to any company, let alone a company that’s just shopping around to see which state will give them the most money to relocate.  And it’s a huge slap in the face to every business already in the state.

Based on the special session of 2014, which gave over a billion dollars worth of tax incentives to Tesla, the new plan will be to give Faraday Motor Works almost anything they want to build their factory in North Las Vegas.  We need to stand up and stop this.

Nevadans were hit this year with a $1.4 billion tax hike.  And now we’re learning the money will be used to subsidize a non-Nevada company.  Taxes are not supposed to be a government money-grab to redistribute at the whim of the politicians.  But that’s what we have.

The 2015 largest-tax-hike-in-Nevada-history was supposed to be for the children, remember?

Now we’re freezing teacher pay after enacting a tax hike that was supposedly for the schools because there’s not enough money.  How is it possible that our great state has the money to give tax credits and other forms of corporate welfare to any company?

Faraday Motor Works should be welcomed into our community!   Growth and expansion is great.  But it needs to happen without crippling other companies by allowing the government to pick and choose the winners.  As such, I urge our elected legislators to vote no.

This is the wrong thing for Nevada and its taxpayers.

I am very saddened by the calling of a special session to hand out yet another corporate welfare check.  If this deal passes we should just take the barn door off its hinges, as a stampede of other companies looking for their handouts will commence.

(Ms. Groves is a real estate agent and owner of Nevada’s Finest Properties.  She is also a conservative Republican candidate for Nevada State Assembly District 29 in Clark County.)