CAGW: Time for Sun to Set on Solar Socialism 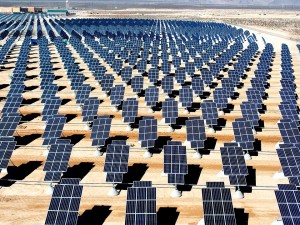 Solar Exec: ““For the good of our energy future, subsidies for all energy must eventually end.”

(CAGW) – Citizens Against Government Waste (CAGW) has released a new report entitled “The Sun Should Set on Solar Socialism,” shining a light on why the federal government should terminate solar energy subsidies.

Since the onset of renewable energy subsidies in the 1970s, the federal government has allotted tens of billions of dollars to the cause, including the investment tax credit (ITC) and loan guarantees.  Despite this largess, there is no comprehensive estimate of their cost or evaluation of their benefit.

The report cites studies from the Massachusetts Institute of Technology, Congressional Research Service, and other sources that question the value of renewables, including solar.  The report also reviews the costs and benefits of net metering, including how high-income taxpayers benefit disproportionately from that practice, and cites concern by members of Congress from both sides of the aisle over residential solar leasing.

The Treasury Department and other government agencies have found waste and mismanagement in solar programs, including solar and wind ventures that have double-dipped by claiming benefits under two separate federal programs.

Even solar company CEOs have spoken out against perpetual subsidies.  Enphase Energy CEO Paul Nahi suggested in a February 14, 2013, commentary in Forbes that, “For the good of our energy future, subsidies for all energy must eventually end.”  In his January 13, 2015 commentary in Clean Technica, Greenwood Energy CEO Camilo Patrignani called for letting the ITC expire at the end of 2018.

European Union nations, which have consistently touted the benefits of renewable energy, particularly solar, have recognized that government subsidies are too costly and adversely affect their economies.  German Chancellor Angela Merkel’s staff referred to the subsidies as a “massive money pit,” before announcing plans to phase them out.

In 2013, France cut the “guaranteed rate” for solar producers by 20 percent.  In Spain, the government spent $41 billion on subsidies for renewable producers before pulling back on its expenditures.  China will phase out key solar subsidies by 2020.

When the government declares winners and losers in any industry, taxpayers usually end up carrying the losers.  That is one of many reasons why the ITC should expire at the end of 2016, similar to the decision to allow the wind production tax credit to expire at the end for 2014.

CAGW President Tom Schatz said, “As the climate change conference begins in Paris this week and Congress starts to consider the tax extenders package, taxpayers should be aware of the cost of renewable energy and understand why the U.S. government should not be anointing certain niche industries over others.  It is time for the solar energy industry to pass muster in the marketplace without subsidies.”

Citizens Against Government Waste is a nonpartisan, nonprofit organization dedicated to eliminating waste, fraud, mismanagement and abuse in government.