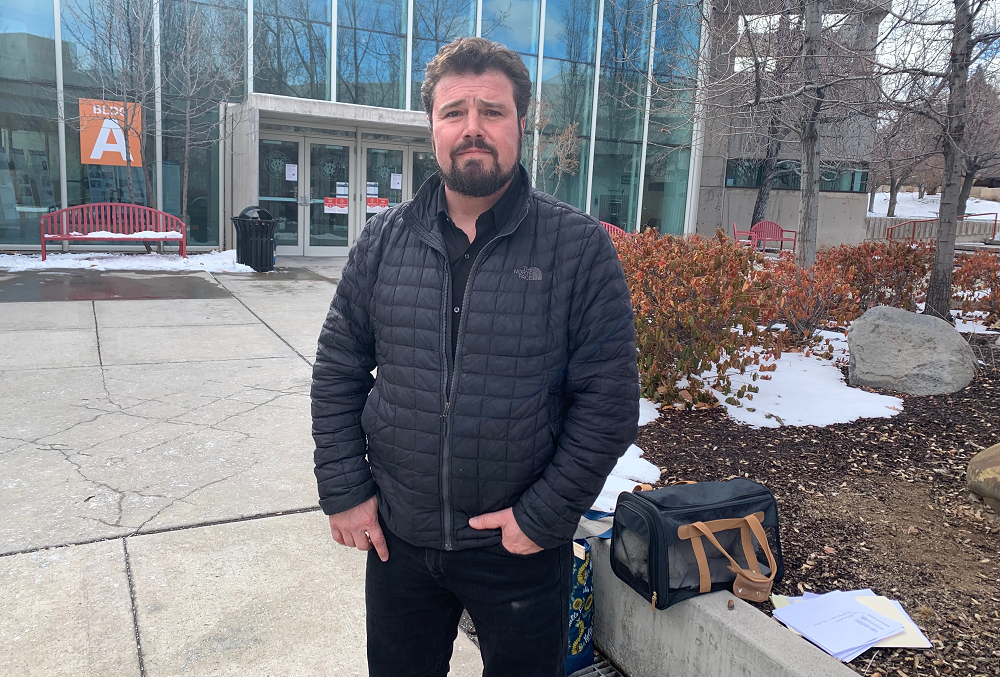 (Chuck Muth) – Last week, the Nevada Independent took a figurative baseball bat to the knees of Robert Beadles, a relatively new-on-the-scene conservative activist in Reno. I don’t know Mr. Beadles.  Never met him.  Never talked to him.  Have only exchanged a couple recent emails over his lawsuit contesting the GOP primary race for governor.  He was not exactly a happy camper that I didn’t get behind the challenge and declined to meet with me when I was up north a couple weeks ago. Nevertheless, the extensive hit piece the Indy did cannot go unchallenged.  Let’s start with this: Liberal blubber-blogger “Jonny Jihad” Ralston – over-paid editor of the Indy – tweeted out the following click-bait teaser about the article…      “Other media have picked up on how dangerous this crypto-carpetbagger is in NV, embracing outlandish conspiracy theories about the election. But no one found the antisemitic propaganda and more that (the authors reported).” Again, I don’t know Mr. Beadles or anything about him.  So I fell for it and read the article.  I mean, if he truly *is* antisemitic and a racist, I want to know about it.  Alas, the article is nothing more than your typical Ralston character assassination of a conservative activist.  There’s so much wrong and bad about it – which is why I’m not linking to it – that it’s hard to know where to begin.  But I’ll touch on the two main items. The article claims right out of the gate that Mr. Beadles “blamed former President Donald Trump’s electoral defeat on an international Jewish conspiracy.”  Sounds antisemitic, right?  Well, only if you misconstrue what he’s actually said, at least as far as this article is concerned. Apparently what Mr. Beadles has done is refer to an old publication called the “Protocols of the Elders of Zion,” which the reporters describe as “a long debunked antisemitic pamphlet claiming that Jews are conspiring to take over the world.” The publication, Mr. Beadles said, is “based and founded on hundreds, if not thousands, of years of tactics on how you overthrow governments and how you would do exactly this: Layer yourself in every part of government to essentially destroy it from within.” In fact, there’s nothing in the article that suggests Mr. Beadles thinks some Jewish conspiracy cost Trump the 2020 presidential election.  He’s clearly talking about the “deep state” in our government that sought to undermine the Trump administration from within at every turn. In addition, Mr. Beadles appears to be talking about the 2020 election being rigged by a conspiracy of anti-Trump forces, not Jews.  He simply uses “Protocols” as a resource analogy, much as I’ve referred to “Rules for Radicals” to explain various modern-day campaign strategies and tactics. Does mentioning “Rules for Radicals” in my writing and teaching make me a left-wing radical?  Oh, puh-lease. Molly Ball is a professional journalist I worked with when she was a reporter in Nevada and who, I believe, is Jewish.  And she will never be confused for a conservative shill.  But writing for TIME magazine in February 2021, Molly “outed” the true conspiracy in a column…      “This is the inside story of the conspiracy to save the 2020 election, based on access to the group’s inner workings, never-before-seen documents and interviews with dozens of those involved from across the political spectrum. …      “(T)he participants want the secret history of the 2020 election told, even though it sounds like a paranoid fever dream – a well-funded cabal of powerful people, ranging across industries and ideologies, working together behind the scenes to influence perceptions, change rules and laws, steer media coverage and control the flow of information.” The “well-funded cabal of powerful people” included an unholy alliance of Big Business, Big Labor and Big Tech.  Not Jews. So much for Ralston’s claim that Mr. Beadles is “antisemitic” – unless the Indy reporters have something more they didn’t include in their hit piece. Then there’s the de rigueur liberal insinuation that Mr. Beadles is a racist.  Remember, the modern-day definition of “racist” is “any conservative winning an argument with a liberal.” To back up the racist accusation, the article claims Mr. Beadles has “perpetuated outlandish narratives about black communities” due to this quote…      “The undeniable truth is that neither slavery, nor Jim Crow, nor the harshest racism, has decimated the black family the way the welfare state has. … The bottom line is that the black family was stronger the first 100 years after slavery than during what will be the second hundred years.” Does this opinion make the man a racist?  Hardly.  Others have said similar “outlandish” things.  For example…

As noted, all of those quotes are by black men and women.  Are they all “racists”?  Of course not.  But Mr. Beadles supposedly is simply because he’s…white?  Get bent. Does this mean I see eye-to-eye with Mr. Beadles on every issue and every question of political strategy and tactics?  No. But the man is clearly a conservative.  And he’s a player, not a spectator.  And he’s putting his money where his mouth is.  His OWN money.  And that’s what makes him such a dangerous threat to Ralston and the rest of the left.  Which is why the Nevada Indy published this hatchet job against him.  As the old saying goes, “You know you’re over the target when you start catching flak.” Target acquired. Ballot Recommendations My personal ballot recommendations – always subject to change right up to Election Day – can be found by clicking here. FAMOUS LAST WORDS “I don’t understand much about politics…” – Liberal blubber-blogger Jon Ralston, 1/2/20

N&V StaffNovember 4, 2022
Read More
Scroll for more
Tap
This is One Sick Pedo-Puppy!
Nevada candidates for governor debate education, abortion, and the economy