Beyond Rand Paul: The Libertarians Are Coming

Beyond Rand Paul: The Libertarians Are Coming
N&V Staff 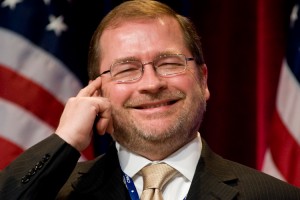 (Grover Norquist) – They’re no longer on the fringes. The libertarians are now officially mainstream. Proof? The New York Times Magazine cites the popularity of Republican Sen. Rand Paul and opposition to American “boots on the ground” in Syria and Iraq.

But it’s much more than a moment. It’s the culmination of a powerful narrative building over the past 30 years in American politics. This is a movement — and it doesn’t live or die on the shoulders of one policy or one individual.

What is notable is that regardless of whether an issue originates from the right or left, the side able to grab the mantle of liberty has advanced against all odds.

So forget “moment.” Think trend. And consider the once-impossible political shifts that have taken place over the past 30 years. The relevant dividing line is not right versus left or Republican versus Democrat but the expansion of individual liberty versus whatever and whosoever stands in the way.

The introduction of liberty as the commanding heights in American policy debates is recent (the last few decades) but also unique. In the past, ideas ignored or denied by the two major parties might die off or, if strong enough, spawn a successful third party.

This libertarian trend has not led to a viable Libertarian Party, perhaps because both the right and the left have grabbed onto the emerging vote, moving issues that might have built a third party.

What is notable is that regardless of whether an issue originates from the right or left — and even though it threatens a powerful constituency in the Republican or Democratic party structures — the side able to grab the mantle of liberty has advanced against all odds.

Here are four disparate examples of radical change all headed in the same direction.

Thirty years ago home schooling was illegal in all 50 states. Parents were (and occasionally still are) actually hauled off to jail for violating “compulsory attendance” laws. Today, home schooling is legal and lightly regulated in all 50 states, 2 million students are being home-schooled and 10 million Americans have been home-schooled for some part of their K-12 education. This movement had to grow powerful while still outside the law, be competent enough to defeat the teachers unions in each state and deliver the goods in improving education. Several steep hurdles. Now that home schooling is legal, home-schooled students seem to be winning all the spelling bees.

School choice, allowing parents to choose which school they wanted for their children — public, private or parochial — was considered beyond the pale in 1980. Now 2.6 million students have government scholarships or vouchers available to pay for their choice of education: 380,000 in Louisiana, 25,820 in Wisconsin, 200,000 in Arizona, 500,000 in Indiana. Forty states have a total of 6,640 charter schools. In New Orleans, 90 percent of students attend charter schools.

Everybody’s Getting Married in the Morning

Thirty years ago there were laws actually criminalizing gays. Gay Americans often lived in fear of legal and social opprobrium. The closet was real because it was safer. State by state, city by city, “blue laws” were repealed or struck down by courts. The culture and our laws opened up. Once unthinkable, now gay marriage appears inevitable. Attitudes toward gay Americans have shifted dramatically. Yes, the courts drove some of these changes, but public opinion has also shifted dramatically over the decades.

The drive for gay rights has moved quickly, and yet when some politicians have demanded that gay rights means a Christian florist or minister has to participate in a gay wedding against his religious beliefs, the pendulum appears to stop and may swing back. Why? Because freedom of religion then trumps “you do what I want.” The team that frames its side as “defending and expanding liberty” will win.

The Second Amendment: Settled at Last?

Thirty years ago, 80 percent of Americans supported stricter gun control laws. Certain guns were banned. Organizations formed and expected they would soon “ban handguns” in private hands. In 1987 Florida passed a “shall issue” concealed carry law that required local government to give any honest and sane adult a permit to carry a gun concealed on his/her person or in a purse or car. Today, 41 states have enacted such laws. In 2007 there were 4.5 million such permits. Today there are more than 11.1 million. Arizona, Vermont, Wyoming and Alaska do not even require permits to carry for their citizens. Five percent of the adult population has a concealed carry permit. One in 20. This drive has been fueled and validated by the fact that violent crime falls faster in states with concealed carry laws and even faster as more citizens avail themselves of that “new” right.

Thirty years ago, marijuana was illegal as medicine or even as a “recreational use” drug in 50 states. Today, 21 states allow the use of medical marijuana, and Colorado and Washington state have legalized its sale for any purpose. Full state legalization will be on the ballot in Oregon and Alaska in 2014 and likely California, Arizona and others in 2016. In Congress, the House of Representatives in 2010 voted to scale back its 100-1 ratio of punishment for crack cocaine versus white-powder cocaine.

The stoners opened a door that may improve and perhaps save the lives of many ill Americans.

This backing off the widening anti-drug war of the 1980s was made possible by a unanimous vote in the House — that’s right: unanimous. One “no” vote could have killed the unanimous consent needed.

Now three states are pushing policies called the “Right to Try.” These state laws in Colorado, Louisiana and Missouri legalize new drugs now deemed “safe” by the Food and Drug Administration but not yet deemed “effective.” Arizona may become the fourth state this fall. This deregulation speeds up the ability of sick Americans to get possible lifesaving drugs years sooner than present FDA efficiency allows. The stoners opened a door that may improve and perhaps save the lives of many ill Americans.

Drugs, parents saying no to public schools, guns, gays. Could there be more “controversial” public issues? And yet all moved in the same direction over 30 years of American politics from Reagan to Obama.

These four radical, unthinkable expansions of individual liberty are not liberal or conservative, Republican or Democrat. All flow from the small “l” libertarian, live and let live, leave us alone, “laissez-nous faire” attitude. Four movements calling for increased individual liberty while their opponents explained — with hundreds if not thousands of years of tradition and history to back them up — that society should have the power to control behavior for the public good.

One can see other issues that follow this trend. Uber against the taxi regulators. Airbnb. Lyft. Bet and invest on the side advancing liberty.

A libertarian moment? No. A trend. A long-term trend with no obvious roadblock in sight.

Grover Norquist is the founder and president of Americans for Tax Reform. This column was originally published on OZY.com

Ron KnechtOctober 23, 2021
Read More
Scroll for more
Tap
There’s Something in the Air in the Mile High City
Why Republicans may not win the Senate after all