Bobby & Sandy Ellis: Two Jewels in the Desert
N&V Staff
(John M. Glionna | Desert Companion) – Bob Ellis is on his cellphone again, this time making a midday call to the principal of the Henderson elementary school that bears his name. 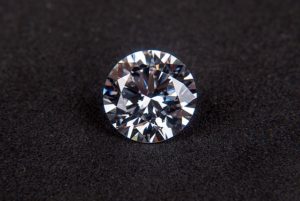 “Did I wake you up there, principal?” he asks.
He wants to make an appointment for the following morning.
“What time is your AA meeting?” he asks.
But Principal Shauna Hall is onto this man and his routine.
“No, Bob,” she shoots back. “I went before I came to work at 6 a.m.”
“And you went for drinks right afterward?” Ellis says. Then he lets loose with a deep laugh, a “Ha!” loud enough that he glances around the restaurant where he’s having lunch in a nanosecond of self-consciousness.
For Ellis, it’s just a bit of fun with an authority figure, a good-natured razzing from a 76-year-old man who was, at best, a C-student all those years ago.
He’s a local boy made good who dropped out of college after just one semester, who made his fortune in the family trucking business after admitting that he had a drinking problem. He quit that day. Yeah, Bob Ellis, the smiling prankster everyone calls “Bobby,” likes to have his laughs.
For her part, Hall also relishes the regular banter with a benefactor who is quick to assist the 600 students at Robert and Sandy Ellis Elementary School, located in the master-planned Inspirada community.
When it comes to supporting public education — whether it’s downtrodden older schools, underprivileged students, or even this expansive new school — the Henderson couple is among the most generous philanthropic duos in the state.
In the past 15 years, they have donated millions to more than two dozen schools, mostly in Clark and Lincoln counties. Each December, they sponsor assemblies at which they distribute shoes, socks, and toys to thousands of students who would otherwise not receive anything for the holiday season.
“Until you get into this, you really don’t know what it’s like,” Sandy says. “Kids send us cards and letters expressing their appreciation. They come up to us to say how thrilled they are.”
The couple’s donations, she said, have also revealed the poverty that exists across Nevada. “A 9-year-old boy said, ‘Mrs. Ellis, thank you. You have no idea how much I needed these new shoes. Mine were torn and dirty. And I love the color black.’”
If Bobby wasn’t so busy delivering his one-liners, it might be enough to make him cry.
There’s just no stiffness to the guy, not an ounce of pomp and circumstance. Everyone who knows him —students, teachers, school administrators, mayors, governors, senators — agrees on this: Bobby Ellis is the joker in the deck, the liveliest of wires, the kid at heart, a self-made businessman who does serious things but who never takes himself seriously.
“People never know whether I’m telling the truth,” he says. “Back when I was a kid, my great-grandmother used to say, ‘Bobby, why are you always lying?’ And I’d say, ‘I’m not lying. I’m just stretching the truth, grandma.’” He lets out another “Ha!”
Neither Bob nor Sandy come from monied roots — his father started out trucking hay, Sandy was raised by a single mother — but once they married, they made a pledge that if they ever did come into sizable wealth, they would give something back to the community.
“Bobby is the genuine article, the real deal,” says former Nevada governor and U.S. Senator Richard Bryan. “He’s the epitome of the good citizen, someone who benefitted from hard work and who is at a place in his life to pay something back. My dad had a name for it, ‘paying your civic rent,’ and Bobby has paid his civic rent.”
Ellis is a compact 5-foot-9 with glasses and carries a thick wallet, stuffed with too many credit cards, which he keeps wrapped in a yellow elastic band. He’s always on, but Shauna Hall no longer blushes at his material.
“I come to expect it now,” she says. “He may have missed his calling as a standup comedian. But he also has the biggest heart in the world.”
Last May, for the school’s opening-day ceremony, Hall limited Ellis and his wife to 20 guests for the event. When the couple arrived, they were stunned to find that school officials had organized 400 friends and acquaintances.
“I couldn’t believe it,” Ellis recalls. “I looked at that principal and I told her, ‘I’ve been set up.’”
Prev postNext post
Related ItemsFeatured ArticleMuth's TruthsNevada
Featured Article
N&V Staff
Related ItemsFeatured ArticleMuth's TruthsNevada