So, Sunday morning, I opened the electronic version of the only local newspaper I subscribe to and trust, the Las Vegas Review Journal, and I see, buried on page A8, a story headlined “Poll shows Democrats more trusted with health care” 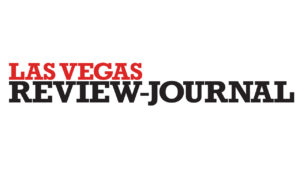 Which was true…sort of.  Because I’m pretty sure the story reported the numbers of the poll accurately.

The “poll” was an “Associated Press-NORC Center” poll which, you had to read seven paragraphs to the bottom of the story—by the Associated Press—to find out that “The poll of 1,108 adults was conducted April 11-14 using a sample drawn from NORC’s probability-based AmeriSpeak Panel. The margin of sampling error for all respondents is plus or minus 4.1 percentage points.”

Let me be the first to ask the question:  If that factoid had been in the headline or in the first paragraph, would anyone take this seriously?

“A poll of 1,108 adults paid for by the company selling this story to news outlets says that Democrats are more trusted to handle healthcare in the United States.  The pollsters say that the 1108 adults can predict the sentiments of the 128,824,246 voters who cast a ballot in 2016 with a margin of error of 4.1 percent.”

Would anybody actually believe—especially after the 2016 election—that a sample of .0000086 percent of the voting electorate has a margin of error of 4.5 percent?

But, in my favorite local newspaper, it is presented as fact.

If this kind of polling were accurate, why did virtually every pollster predict Hillary by 7 points on the day of the 2016 election.

Polling used to be easier because, for most purposes, you could at least get a sample which was demographically sound.  We could tell roughly where you lived by your telephone number and who you were.

Today, with the advent of cell phones and cheap VOIP services, we cannot even tell with certainty what state you are in.

Further, there is the built-in bias of many news organizations which sponsor such polls.  If you believe that the AP is some kind of neutral news behemoth, guess again.  Ditto for CBS, NBC, CNN, ABC and, yes, even Fox.  They all come at stories from a predominately liberal viewpoint (with the occasional exception of Fox) so why would you believe that their polling selections would be much different?

Then, there’s the “if you see it in the media it must be true” school of thought.

It’s today’s version of Hitler’s propaganda minister Joseph Goebbels’ Big Lie theory which, simply stated, says if you tell a lie big enough, many people will have to believe it.

Inevitably, these “polls” are presented by the same people who populate organizations like the White House Correspondents Association and are soooo offended by the term Fake News and the President’s assertion that those who willfully present Fake News are the enemies of the people.

But the truth is not only is President Trump correct, but the average voter knows bullcrap when he or she sees it.  Journalists have a tendency to see themselves as more knowledgeable and more important than average voting citizens.  Many times, in conversation, journalists use terms like “them” and “those people” to describe and differentiate average voters.  As if journalists, somehow, fall into a different category. Like Hillary and the word deplorable.

Watch those panels on FNC and CNN.  Watch the Sunday morning shows.

It’s that sort of hubris which allows them to write headlines and lead paragraphs like the one I referred to above—even in my favorite local newspaper. (And I’m not kidding about that.)

I’ve been in this business since I was 12.  But I live about 2,600 miles from Washington and my neighbors remind me daily that I’m pretty average.  I would hate for it to be any other way.