Boomers’ Legacy to Their Children and Income Inequality

Boomers’ Legacy to Their Children and Income Inequality
Ron Knecht
In my last column I raised the sorry legacy my generation, the Boomers, are leaving our children and grandchildren. 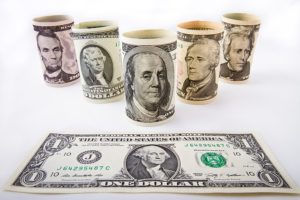 21
I outlined the main problems, especially the increasing embrace over the last 150 years of statist liberalism, progressivism and now even socialism – or, in general, the slide away from our essential founding values, social institutions, practices and policies to coercive collectivism.  Another problem area has been the embrace of certain exotic goals and their derivative ideologies as being central to our politics instead of the special interests they are.
I said I’d address particulars of all this in a series of columns.   I started the detailed discussion with the often overlooked central matter: stating explicitly what the public interest is.  As I explained in my controller’s annual reports, I believe there are two basic public interest goals: maximizing aggregate human wellbeing and assuring fairness of policy among individuals.
I noted that policies, etc. that maximize aggregate wellbeing (the size of the economic pie) also promote fairness.  Today, I address more matters of fairness, especially income inequality.
In any political allocation of resources, persons’ income and wealth depend on political behavior, aggressiveness and many other factors that do not serve the public interest in growth and equity, but serve mainly the self-interest of the people engaging in them.  In market systems, however, people get income and accumulate wealth in proportion to the value their work, creativity and investment deliver to others.   So, market systems work to promote fairness and maximum aggregate human wellbeing, but the political allocation of resources does not.
Thus, the economic freedom and protection of private property that foster aggregate economic growth also are fair to those who produce by letting them retain the fruits of their labor and investment risk-taking.  And they promote among everyone the virtuous behaviors society needs of delivering value to others.
Still, people have always been concerned about how their wellbeing compares to that of others and more generally about the distribution of incomes within society.  These concerns often merge with some classic critiques of market capitalism, as reflected in the 2014 book Capital in the Twenty-first Century by Thomas Piketty.  So, let’s review key arguments and claims about income inequality and alleged structural problems of market capitalism.
Piketty’s key point is based on the fact that the rate of return on capital investment is generally greater than the growth rate of the economy.  So, he claims, capital will come to comprise an ever larger fraction of our economy and labor an ever smaller one. Thus, inevitably the rich get richer and the poor and middle classes get left behind – until this unsustainable trend erupts in economic breakdown and political chaos.  So, he calls for confiscatory tax rates on wealth and income (80 percent) to avert this supposed tendency.
Piketty’s analyses are based on pre-tax income, excluding government subsidy payments, which is not the amount anyone has to spend with discretion.  He also overlooks employer-provided benefits like health insurance and non-taxable capital gains and he fails to adjust for trends in household size, so his assertions have little basis in reality.  There are also transcription errors and incorrect formulas in his spreadsheets.  These problems led him to retract his data for the U.S.
Further, the obsessive focus on income distribution is misplaced in principle, because in market systems income and wealth generally flow to people in proportion to the value they deliver to others – i.e., the economic value they create for society.  Since individuals’ contributions vary greatly, the resulting distribution of income not only reasonably rewards people who create value, but it also provides the appropriate value-creation incentives for everyone.
Further, individuals’ wealth is split among their heirs and via their charitable contributions, and this and other factors spread wealth, instead of allowing ever narrower accumulations of it.  Thus, lists of individuals’ fortunes increasingly include more self-made entrepreneurial successes and ever fewer legacy fortunes.
Data for recent U.S. presidential administrations show that the ones that emphasized growth, not redistribution, (Nixon, Reagan and Clinton) produced much greater total gains for the middle and lower classes than the ones that sacrificed growth for redistribution.
Next time: the damage from replacing our founding values with progressivism, etc.
Prev postNext post
Related ItemsIncome InequalityRon Knecht
Opinion
Ron Knecht

N&V StaffSeptember 19, 2022
Read More
Scroll for more
Tap
Boomers’ Legacy to Their Children and The Public Interest
We In Middle America Are Invisible