Boomers’ Legacy to Their Children and The Public Interest

Boomers’ Legacy to Their Children and The Public Interest
Ron Knecht
Until the Great Recession, I was usually Mr. Sunshine, the most optimistic guy in the room.  However, as Nevada controller and my other public service positions, I discussed the problems we face and proposed solutions.  As I did so over the last decade, my outlook grew ever less rosy. 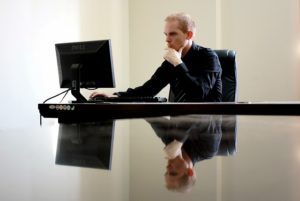 Now, when I speak at some events, I joke that I’ve been invited as the event bear or wet blanket.  Further, in teeing up key public policy challenges and solutions, I focus on the legacy we Baby Boomers are leaving to our children and grandchildren.
Since our 17-year-old daughter Karyn attended many election campaign and other events the last five years, it was natural to put the legacy matter in terms of what we’re leaving her and the rest of America’s children.  This spawned a running joke between her and me, in which I’d apologize for the mess we’re leaving her and beg her forgiveness.
So, this column and some future ones are attempts to describe the main problems and sorry legacy we’re bequeathing and a few thoughts about what we should do to address the challenges.
A major constellation of problems is the increasing embrace over the last 150 years of statist liberalism, progressivism and now even socialism – or, in general, a slide away from our essential founding values, social institutions, practices and policies to coercive collectivism.  Another problem area has been the embrace of certain exotic goals and their derivative ideologies as being central to our politics instead of the special interests they are.
That is, we’ve failed to understand just what the real public interest is and to pursue it with vigor and prudence.  All this has been complicated by the rise of some compounding social, economic and technological problems that are more the product of happenstance than poor policy.
That’s a lot of generalities, so let me break down these points, starting with the public interest, into very practical terms.
What is the public interest and what should be the basic lodestar for public policy?  As I explained in my controller’s annual reports (CARs), I believe there are two basic public interest goals: maximizing aggregate human wellbeing and assuring fairness of policy among individuals.
Maximizing aggregate human wellbeing basically means maximizing long-term economic growth, even though economic growth is an imperfect measure of aggregate human wellbeing.  When aggregate output increases, there are more resources on average for each person.  Also, increasing total resources provides society more resources to take care of people who by no fault on their part are unable to reasonably provide for themselves.
Increases in total resources also promote human flourishing via education, improved health care, better diets and living conditions and greater opportunities for use of leisure time.  In short, long-term economic growth is the key to human wellbeing and the public interest.  Folks arguing otherwise have an obligation I’ve never seen anyone meet to say why their particular goals are a better account of the public interest.
In addition, as discussed in my CARs, the public policies that promote individual fairness or equity – the other basic public interest – are the ones that maximize long-term economic growth.  Thus, in a mainly market-based economy, people get income and accumulate wealth roughly in proportion to the value they deliver to others.
This delivered value is reaped by the consumers and firms who do business with them, whether buying their labor or goods or other services.  It depends on the value of what they deliver, not on how hard the producers work or how charitable or otherwise virtuous they are.  Even if they are completely selfish, in market systems their rewards depend mainly on the value they deliver to others and not on their good or base intentions.
Further, the value they deliver to others and thus to society does not depend on whether it flows from their labor or their investment of capital.  Value is value, and capital is as essential as labor.
In my next column, I’ll discuss further how public policies that promote growth are also equitable.  Then, I’ll turn to statist liberalism, progressivism, collectivist coercion and political correctness.  Then environmentalism, entitlements, income inequality, population growth, sustainability and ultimately immigration, infrastructure, etc.
Prev postNext post
Related ItemsBaby BoomersChildrenPublic InterestRon Knecht
Nevada
Ron Knecht