Boy, did I pick a career with a future?

Boy, did I pick a career with a future?
N&V Staff

(Thomas Mitchell) – In 1973 I took a job as a newspaper reporter at a small daily in Hurst, Texas. The future was so bright I had to wear shades. 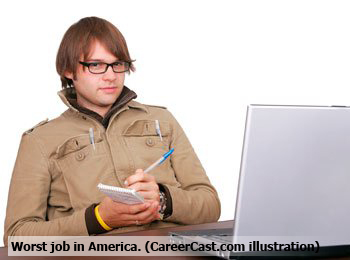 Newspaper reporting first gained that distinction two years ago and is holding tightly to the bottom rung.