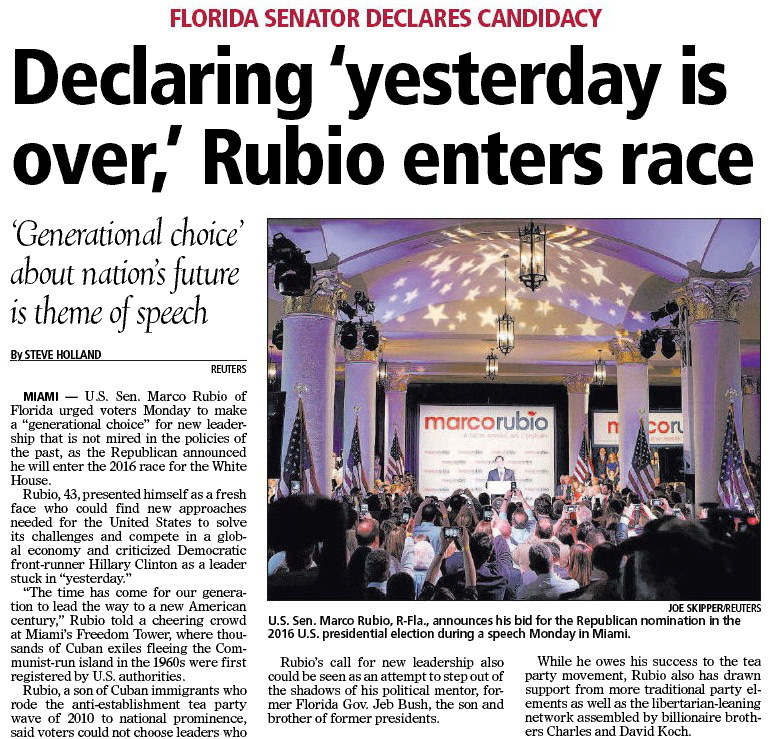 (Thomas Mitchell) – There used to be a time in the newspaper business that papers tried to balance the significance of the news with the fairness of the coverage. For example, the announcements of candidacy for elective office by the major contenders were given similar “play” in the paper whenever possible — same page in the paper and same size photos was ideal.

That doesn’t seem to be the case now.

On March 24 the Las Vegas Review-Journal reported Republican Ted Cruz had announced his presidential candidacy. The story was on page 5A with no photo.

On April 8 the paper reported Rand Paul’s announcement that he too was seeking the Republican nomination. That ran on 9A with a photo. When he held a rally in Las Vegas a couple of days later, that garnered 1B coverage with a small photo.

When Hillary Clinton announced her Democratic presidential run, on April 13 the paper carried two stories and a photo on the front page.