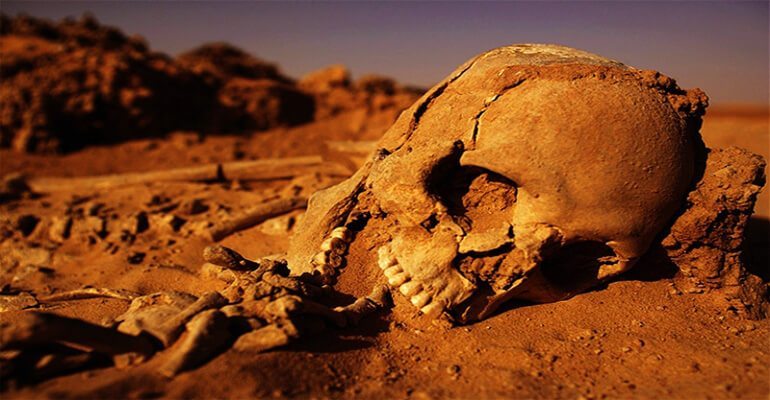 (Chuck Muth) – The stench from a gangland-styled murdered corpse decomposing in the middle of the Las Vegas desert in July is still worse than the stink emanating from that Las Vegas City Council vote giving Republic Services that billion dollar NO BID contract for picking up our garbage.

But not by much.

As I noted in yesterday’s report, the city contracted with an expert consulting firm, MuniServices LLC, to review and evaluate the proposal to extend Republic’s contract for residential and commercial waste-hauling.

A draft of that review was submitted to the city in January 2015 – but was hidden from the public before the council voted for the extension at their April 5, 2017 meeting.

As a reminder of MuniServices expertise in this matter, here’s what they had to say for themselves in a memorandum to Las Vegas city staffers…

“Our expertise comes from auditing franchise agreements all over the country, as well as over two decades of work with numerous cities in drafting and or revising franchise agreements.  Experience gathered over the past 23 years of dealing with exclusive and non-exclusive franchises provides us with a unique perspective that we believe can benefit the City as you consider your next steps.”

As noted yesterday, I’ve now obtained a copy of MuniServices draft evaluation which outlines “areas of concern” – including the fact that the secretly negotiated proposal appeared to have been written by Republic itself (“This is never recommended.”) – and concludes with the following…

“Finally, we believe the proposed new agreement does not provide the level of system improvements and City revenues we believe are commensurate with the requested term.”

The requested term, at the time of the report, was a 16-year extension – which MuniServices declared as way, way, WAY too long.

“No City I’m aware of,” wrote Lead Auditor Michael Balliet, “is currently granting anything longer than a ten-year agreement.  All costs of providing service are easily amortized over ten years so there is no benefit to the City or ratepayers derived from a longer term.”

As such, Mr. Balliet recommended that Las Vegas “should only offer one five-year renewal option at the franchisee’s discretion,” adding that the city “needs the ability to not renew without condition or penalty after ten years.”

Yet the city council ignored this advice from the firm it paid with over TWO DECADES of experience in this arena and approved a 14-year extension, while pretending at the April meeting that getting a mere two years shaved off the proposed term was some kind of grand concession.

Other areas of concern outlined in the report…

“There are additional areas of concern,” Mr. Balliet summarized, “but due to our limited review period we’ve only highlighted the major ones.”

He added, “We think the City would be much better served from your own agreement, and discarding this hauler-prepared document in its entirety.”

In other words…it stinks.

Indeed, the MuniServices report declares, plainly and simply, that the proposed agreement “would be disadvantageous to the City” and recommended giving Republic only a ten-year term, as the proposal “provides no rate reductions as an incentive to enter into such a long-term deal.”

“If they want the additional 11 years,” Mr. Balliet advised, “then they should give you more benefits than they are currently offering.”

He added that “The solid waste industry in evolving rapidly and the City should protect its ability to find the best deal available as frequently as is practical.”

Why weren’t city residents and ratepayers told about this consultant’s report before the city council voted 5-2 to approve the new Republic contract on April 5?

But hang on.  It gets worse…

As I’ve noted previously, there were still FOUR YEARS left on Republic’s existing contract at the time of the extension vote, indicating PLENTY of time to do this right.

Yet the city council rushed the extension through anyway, contrary to the advice of the expert consultants it had hired.

“(W)e caution the City that you are really under no requirement to accept what is being offered.  Republic Services will not go anywhere.  Frankly, you could grant them a one-year extension to allow more time to negotiate what equates to a 21-year franchise.  If need be you can easily do an entire RFP process for a new hauler in 9 months.”

“The ‘pressure’ to get a deal done now is likely a common negotiation tactic.  Better for you and your ratepayers to let Republic think you’ll start negotiating with Waste Management or do an RFP (request for proposal), than take the deal as currently offered.”

As a reminder, Waste Management is the nation’s LARGEST waste-hauler, and told me way back in February of this year that if the city council allowed them to bid on the contract, they would.

Yet the city council ignored this advice and refused to issue an RFP that would have opened this contract to competitive bidding to see if the public could get a better deal before signing on the bottom line.

I should note that this report was only a Phase 1 evaluation.  Phase 2 apparently would have included an “onsite review.”  I have no idea, at this time, if that onsite inspection ever took place and/or if a follow-up report was generated.

I should also note that this Phase 1 report was generated more than two years before the city council vote on the final document, so some of the “areas of concern” may well have been addressed and resolved.

But that’s the point…

The final contract language was not made available to the public, the residents of Las Vegas, the ratepayers, or Republic’s potential competitors until just one week before the vote – and without anyone knowing of this blistering MuniServices report!

There was no time or ability for a fully informed public review and assessment.

In fact, a little-known, barely publicized meeting with the city to discuss the proposed contract language before it was finalized was quickly arranged and took place less than a week before the final language was made public.  And three members of the city council were supposed to be at that meeting to address concerns and answer questions.

None of them showed up!

Instead, the city council ram-and-jammed the contract through at their April 5 meeting with opponents and members of the public allotted no more than 120-seconds each to voice their concerns and opinions.

The bottom line is that the ordinance change passed by the Las Vegas City Council in April that allowed this billion-dollar, 14-year, NO BID monopoly franchise contract extension should be subjected to a voter referendum and repealed.

And then the contract should be re-negotiated and subjected to competitive bidding in a process that’s open, transparent and public in the full light of day, instead of secretly, behind closed doors as this one was.