Businesses Beware: Unionism Is On The Rise

Businesses Beware: Unionism Is On The Rise
N&V Staff 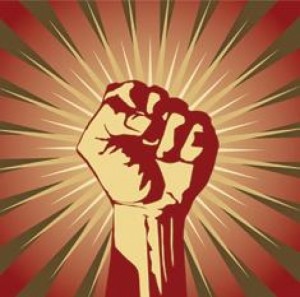 (Rebecca Smith) – I had already written another article for this week, but then some news broke over the weekend that every employer should be aware of: Unionism is on the rise.  This rise, according to the statistics released by the Department of Labor in 2011, occurred after a drastic downward trend in union membership that started in 2008.

I caught a blurb of this on Fox News on Friday, January 27.  After losing 1.4 million members from 2008 thru 2010, last year showed an increase.  The news reported an increase of 50,000, which most people would brush aside as a small anomaly, but a deeper look at the data reveals the possibility of a trend, not an anomaly.

For example, that 50,000 gain in membership is slightly deceiving.  Here is how the number was obtained.

Now most of the people reading this article likely feel a sense of security in the fact thatNevadais a right-to-work state, but let me strip away that security blanket with this surprising tidbit: The highest increase of successful organizing occurred in the State ofFlorida, another right-to-work state, which saw an increase of 68,000 in new union members.  The largest group to unionize occurred within the age group of 18 to 24.  Combine that with the NLRB’s push to shorten the election cycle (more about that is in next week’s article), and it leaves the employer with establishing not just an aggressive offense, but a prevent defense.

There is a reason “a ounce of prevention is worth a pound of cure,” is a cliché.  It is based in fact.

(Rebecca Smith is a former Teamster who now owns Taltos Consulting, Inc. and is a lead consultant for the Labor Relations Institute. She volunteers with the Wounded Warrior Project and St Jude’s Children’s Hospital.)