Can you handle the truth?

Can you handle the truth?
N&V Staff 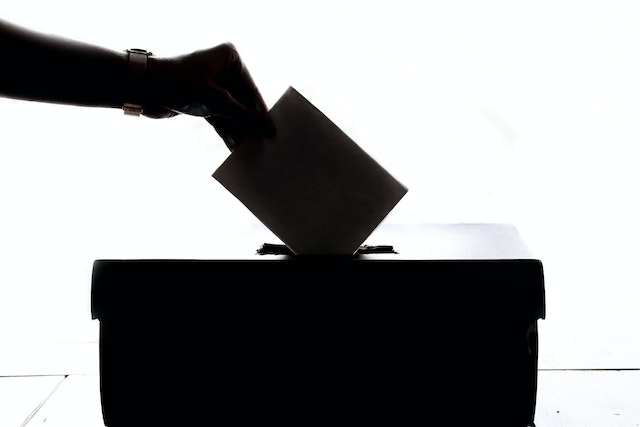 WHAT CAUSED THE REPUBLICANS DISASTER IN THE MIDTERM ELECTIONS

(By Danny Tarkanian) Everything pointed to a red tsunami in the 2022 elections. Since World War II, the President’s party has lost an average of 26 seats in the House and four seats in the Senate. This mid-term it appeared to be even worse for the Democrats. President Biden is one of the most unpopular President’s in our lifetime, the inflation rate is the highest it has been in 40 years, the US has incurred one embarrassment after another internationally, and crime is soaring throughout the nation.

Nationally, the Democrats didn’t lose one Senate seat and may even gain one. In the House, it looks like the Democrats will lose 3-4 seats, substantially below the 26-seat average in a mid-term.

In Nevada, Republicans lost EVERY major contested race except the Governor’s race, which was bolstered greatly by the $45 million businessman Robert Bigelow personally spent to get Lombardo elected, the most money ever spent in a political race by one individual. Every Republican in Nevada should write Mr. Bigelow and thank him.

Republicans lost all three contested Congressional seats and the most crucial US Senate seat in the nation. Adam Laxalt ran the best campaign I have seen in Nevada. In any other year, under any other circumstances, he would have won but he faced numerous obstacles which I discuss below.

***Former President Trump endorsed and campaigned for some really bad candidates which hurt good Republican candidates on the same ticket.

***Minority Leader, Kevin McCarthy, spent millions in the Republican Primary to save incumbents loyal to him but didn’t have any money to help important general election races such as Nevada CD-4 where Sam Peters lost a very close race with the Democrat Party spent more than $5 million against him. No money was spent by the Republican Party to help him.

***Just weeks before the election Senator Lyndsey Graham thought it would be a great idea to propose a complete ban on abortions after 15 weeks. No one is more Pro Life than me but what a stupid time to make this proposal public.

***Republicans spent more time warning supporters of potential voter fraud than it did getting its supporters to vote. In fact, their insistence on not voting by mail, a tactic the Democrats took full advantage, resulted in low turnouts in many Republican counties. Elko County which normally has a high turnout had a 51% turnout this election. This was the difference in some races. See US Senate and Adam Laxalt.

***Over a decade ago, Senator Harry Reid, used his power, influence and financial abilities to create a powerful and cohesive Democrat organization in Nevada. It is called “The Reid Machine”. The top elected Republicans in Nevada have never tried to do the same. They have left the fate of the Nevada GOP to the Republican State Central Committee which has shown over the years to be inept and divisive.

Michael McDonald has been the Chair of the State Republican Party for the past 12 years. He has had virtually the same Executive Board the entire time. During this time, the Republican Party has had the worst election results in Nevada’s history.

The primary responsibility of a state chair is to fundraise, register voters, and bring unity and enthusiasm to their party. McDonald has failed miserably in each category.

McDonald has raised little money from donors. The top GOP donor in the entire nation lived in Las Vegas, Sheldon Adelson, but he refused to give McDonald and the state party any money. Same with casino mogul Steve Wynn. McDonald relies almost exclusively on money transferred by the National Republican Committee.

When McDonald became Chair, voter registration was close to evenly split between Republicans and Democrats. Every year thereafter, the Democrat registration increased in relation to Republican registration, moving as high as 6%. With the new law requiring automatic voter registration at the DMV, third party registration is now the highest and Republican registration the lowest in the state.
McDonald and his Executive Board’s biggest failure has been the hatred and divisiveness they have created within the party.  During this past year alone, dozens of enthusiastic and effective Republican activists, many of whom volunteered on Trump’s campaign, were expelled from the Republican Party because they disagreed with McDonald. In a close election, that can make the difference. See US Senate and Adam Laxalt.

*** Some really bad GOP candidates won their primaries with the help of the State GOP. Attorney General (AG) candidate, Sigal Chatteh, stated she would hang her black opponent by a fu–ing crane and threatened to use the power of the AG office to go after lobbyists, media personnel and elected officials who she did not like. Treasurer candidate, Michele Fiore, failed to pay more than a million dollars in taxes and was under federal investigation for using campaign funds for personal use. Secretary of State candidate, Jim Marchant, claimed there hadn’t been a fair election in 20 years and promised as Nevada Secretary of State that he would make sure that Trump won in 2024. There is no doubt these terrible candidates hurt other GOP candidates on the same ticket. See US Senate and Adam Laxalt.

***Many top GOP candidates use the same old consultant, Mike (sleezy) Slanker. Slanker made a name for himself representing John Ensign and Brian Sandoval. However, in virtually every race that his candidate doesn’t have a huge financial edge he loses. He represented April Becker, a great candidate, in the Congressional District 3 race. It was Nevada’s best chance for a Republican pickup. However, Becker lost and underperformed the other Congressional candidates when the difference in voter registration is included.

Because of consultants like Slanker, who run vicious attack ads against fellow Republicans in primaries, many wealthy donors have stopped helping the GOP. Bill Brady, owner of the largest cleaning supply business in Nevada, used to give tens of thousands of dollars to Republican candidates but quit politics because of Slanker’s attack ads. Similarly, Don Ahern owner of Ahern Rentals, was the finance chair of the State Republican Party in 2021 but quit because of the negative attacks on fellow Republicans.

Next week I will discuss how the Republican Party got to this point and the following week on how it can get out of it!

N&V StaffOctober 7, 2022
Read More
Scroll for more
Tap
Question 1 on Nevada Ballot is Not What It Seems