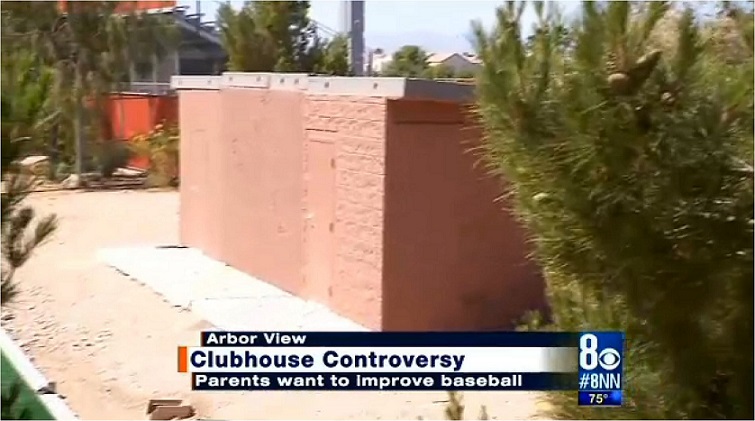 (Chantal Lovell of NPRI) – Groucho Marx might as well have been talking about the Clark County School District when he said, “Politics is the art of looking for trouble, finding it everywhere, diagnosing it incorrectly, and applying the wrong remedies.”

Last week, 8 News Now’s Chris Maathuis reported on the most recent nonsensical controversy in the district that seems to think its purpose is to find new ways to waste money and stifle student achievement.

According to the report, the district is up in arms over a privately funded shed that was given to the baseball team at Arbor View High School. And the district is so upset over this non-existent travesty that it is spending $21,000 to remove said shed and is considering terminating the team’s coach.

The district “blew a gasket” — in the words of one parent — because the girls’ softball team didn’t also receive an equipment shed, supposedly a violation of the federal law that requires gender equality in sports programs. A bit of background is important here: The baseball parents had been fundraising and planning improvements to the ballpark for years when a company offered to donate a small building to house the team’s equipment.

According to parents, Arbor View administration OKed the donation and the shed was installed in September. A mere five months passed before the district got wise to the unforgivable unfairness of the boys getting a shed and the girls’ softball team not getting the “exact same structure.”

So, CCSD did what any good bureaucratic agency would do: It ordered removal of the shed.

But, the district — which we all know is in it “for the kids” — wasn’t content just having the shed removed. It has to have the structure removed on CCSD’s own terms: at a whopping $21,000 cost to taxpayers and the Arbor View baseball team. Despite the fact that baseball parents had arranged to have the shed removed at no cost and planned to sell it to help fund the team, CCSD chose to send the removal project out to bid.

According to parents, the baseball program and school will fund $21,000 removal of this “unequal” shed.

So, a baseball team that sought to better itself and the facilities around it is left with no shed, no spring fundraising money and — if the district exercises its full disciplinary might — possibly no coach. All this supposedly because of a 1970s law handed down by the federal government requiring that boys and girls be “treated equally” in sports programs.

Few would argue with the ideals of Title 9. The vast majority of people today — and presumably the Arbor View baseball parents — value and desire gender equality. But this law is just another example of how obsessive intervention and regulation by government hurts the very people government claims to want to help.

In this case, we’re not talking about whether or not a school is providing opportunities for girls or boys to participate in sports or some gross favoring of one sex over the other. This is about a sports shed — a shed! — that a well-meaning community member offered to a team in need that had been fundraising for years.

We’re also talking about a district that is choosing to spend $21,000 to destroy a months-old structure while demanding more money from taxpayers.

One might wonder why CCSD, if it cares so much about equality, isn’t using the $21,000 to construct the “exact same structure” adjacent to the softball field?!

Or, perhaps rather than spending $21,000 to demolish a perfectly good building, the district could use that money to improve its deplorable 71 percent graduation rate.

Listen to CCSD and you could come away thinking the district really cares about the well-being and education of kids.

Watch CCSD, however, and you’ll come away knowing that what the district really cares about is power — and finding excuses to exercise it.

A version of this column was published in www.NPRI.org.