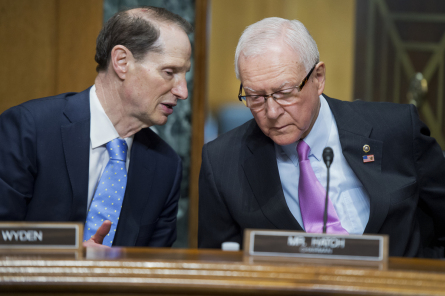 Many Democrats insisted that several issues be bundled into the so-called fast-track trade authority bill, including a currency-related bill, but Senate Majority Leader Mitch McConnell, R-Ky., balked, only agreeing to votes on amendments instead.

The 52-45 vote fell well short of the 60 votes needed, with only one Democrat, Thomas R. Carper of Delaware, voting with the president. McConnell voted no to allow himself to reconsider the vote.

White House Press Secretary Josh Earnest preemptively called the defeat a “procedural SNAFU” and said the president will continue to try and push the bill through the Senate.

But it marks a huge setback for Obama, who has made a concerted and relatively rare, personal lobbying effort to push the trade deal over the finish line. He’s also sharply criticized opponents of the deal in his own party, and Elizabeth Warren, D-Mass., in particular, who have ripped him for hiding the details of trade agreements from the public until after he gets fast-track authority.