Celebrate with Me Tomorrow Night! 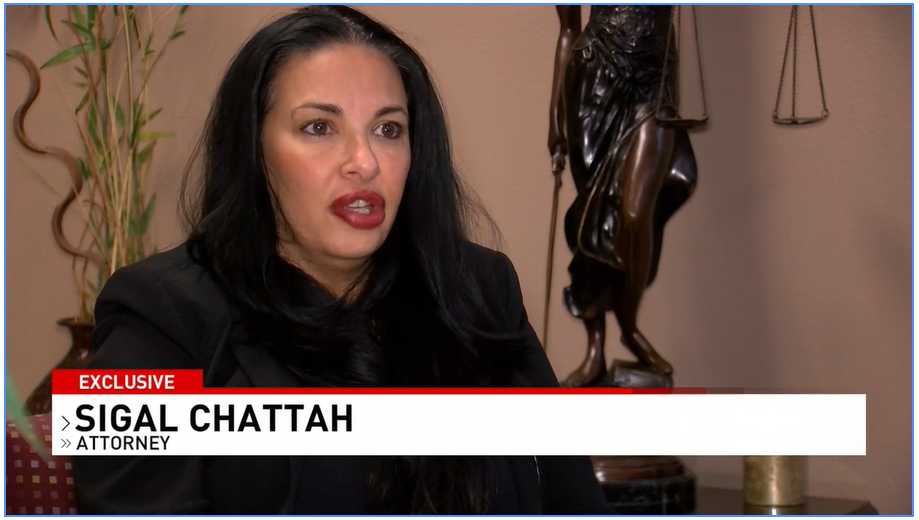 (Chuck Muth) – Throughout the Sisolak Shutdown, two Republican lawyers have been on the front lines defending the constitutional rights of Nevadans that have been systemically erased under the dictatorial regime of Gov. Steve Sisolak: Sigal Chattah and Joey Gilbert. Chattah is running for Nevada attorney general and Gilbert is running for governor. While GOP “posers” have been circling the battlefield from the 30,000-foot level, Chattah and Gilbert have been in the trenches slugging it out – PRO BONO – in the courtroom.  And successfully, I might add. 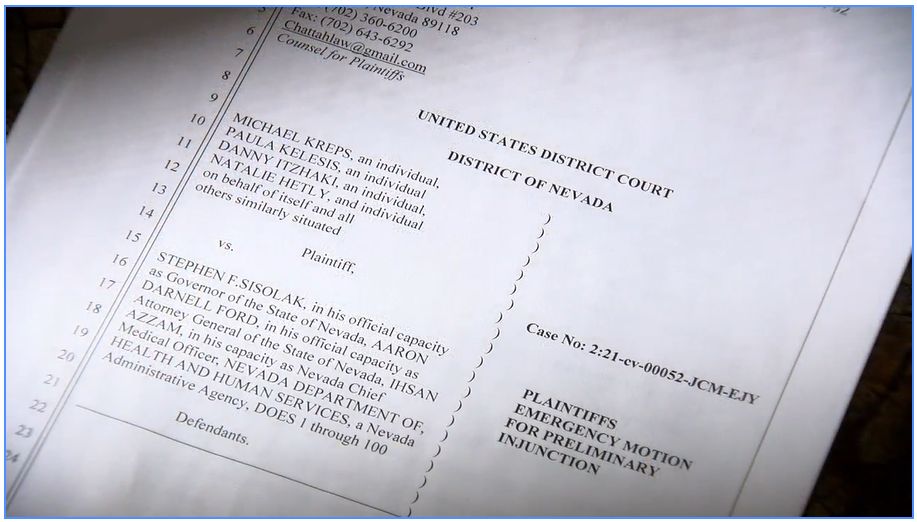 Tomorrow, December 15, marks the one-year anniversary since these fighters won a HUGE verdict in the Ninth Circuit Court that struck down restrictions on church worship imposed by Sisolak and Attorney General Aaron Ford. And they still have other open cases pending challenging various mask and vax mandates that are making their way through the court system. Please join me in celebrating the victory in “Cavalry Chapel Lone Mountain v. Steve Sisolak” at a Christmas party/fundraising reception recognizing and thanking Chattah for her efforts on our behalf. Wednesday, December 15 at 6:00 pmAhern Freedom Hotel300 W. SaharaLas Vegas, NV 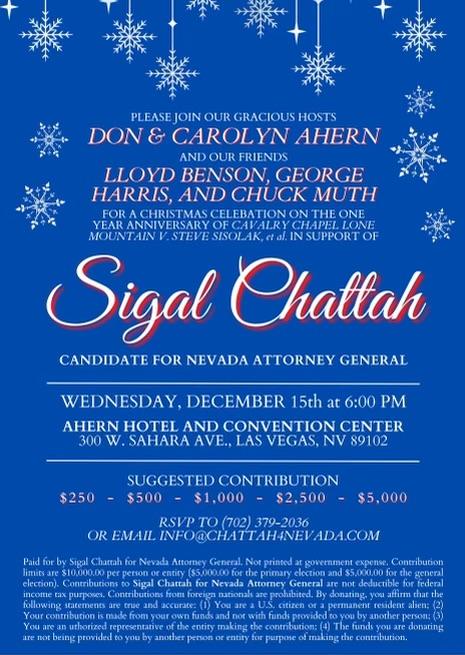 If you can’t afford it right now, that’s OK. Sigal knows times are tough due to Governor Sisolak’s prolonged economic shutdown that has resulted in the highest unemployment rate in the nation and would still like to meet you and hear your concerns. So please join us! Correction I had the races mixed up in my last Muth’s Truths.  Republican Carolina Serrano is running in Nevada’s 1st Congressional District against Democrat incumbent Rep. Dina Titus and Republican April Becker is running in Nevada’s 3rd congressional district against Democrat incumbent Rep. Susie Lee.  Thank goodness typos are included FREE in every issue of Muth’s Truths! Laxalt Laxative “l attended a fund raiser for Laxalt last election. He stayed on the phone the entire time in a back room. When he finally came out, the limp-wristed, monotone, firecracker spoke for 3 minutes and left. l will certainly give (Sam) Brown some ear time and would be behind him a hundred percent if he is the candidate. Keep the Truth coming, all the info helps.” – Richard S. The Smell of Fear “We took a huge hit.  I want to ask you to make a critical contribution to my campaign to help us bounce back after a MAJOR setback… Unfortunately, we’re still running WAY behind on our December fundraising target – – will you chip in $15 and help us make a quick recovery?” – Democrat Nevada Gov. Steve Sisolak, 12/14/21 Election ’22 Update “The Hispanic community is one of the fastest growing in the electorate. Most of us fled countries ruined economically and morally by leftist policies, we don’t want the same thing to happen in the United States. Undoubtedly, this community will play a key role in the upcoming elections.” – El American FAMOUS LAST WORDS “…14 subjects had been arrested in the smash-and-grab spree – and they were all back on the streets, thank you very much, because there is no cash bail (in Los Angeles) anymore.  So you can’t hold them. So they’re out.  I haven’t been able to identify the races of all of those who have been arrested so far.  But suffice it to say that every picture I have seen of a suspect has been of a young Black man.” – Democrat activist Susan Estrich