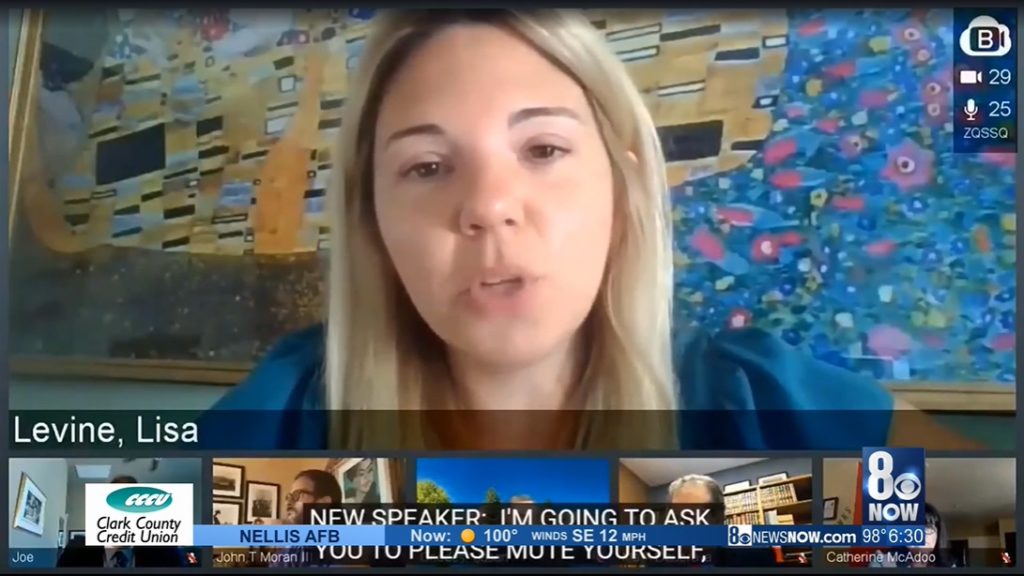 (Chuck Muth) – Lisa Levine – a political appointee to the Nevada Board of Regents by Gov. Sisolak and former sorceress apprentice to Rep. Dina Titus – is a card-carrying left-wing gender-baiter.

She’s a member of the Nevada Women Inclusion Network, Million Women Mentors of Nevada, 2020 Women on Boards and former member of Women’s Research Institute of Nevada.

On Friday, at a meeting of the Nevada System of Higher Education (NSHE) to approve changes necessary to comply with new regulations set to take effect a week from now in federal law regarding sex discrimination, Levine insistently, insultingly and obnoxiously disrupted the proceedings.

Eventually, NSHE chief-of-staff Dean Gould instructed the annoying and “out of order” Levine to stop interrupting and asked her to mute her line.  She refused.

At that point, according to a Las Vegas Review-Journal report this morning, Gould “said he didn’t want to ‘man-speak’ but would have to if she continued to ‘child-speak.’”

That brief exchange, naturally, led the Sisters of Perpetual Outrage and their minions to have a conniption…

Yeah, nothing says “woman power” like having to have a bunch of men come to your rescue.

In the immortal words of Joan Rivers, “Oh, grow up!”

Ah, but as usual there’s more to the story…

As it turns out, at the Board meeting on July 23, Miz Levine, according to the RJ article, outrageously accused board members who disagreed with her of standing “on the side of rapists and violent criminals.”

“My reaction during today’s Board meeting was in response to a previous meeting,” Mr. Gould explained after the exchange, “at which I was attempting to protect the Board from a possible open meetings law violation and Regent Levine accused me of ‘mainsplaining.’  I found this comment to be unprofessional and embarrassing.”

So all Mr. Gould did on Friday was throw Miz Levine’s own words right back at her.

He went on to explain that “while the Board Chair attempted to conduct a roll call vote, Regent Levine was disrupting the defined procedural process,” adding that he “became frustrated at her lack of decorum.”

“In retrospect,” he concluded, “I should not have stooped to her level of acrimony.”

The fact is, Miz Levine, acting like a spoiled brat throwing a temper-tantrum, brought all this on herself.  If you don’t want to be accused of “child-speak,” stop acting like a child.

While Miz Levine can dish it out, she obviously can’t take it.  Look, if you can’t take the heat, get back in the kitchen.  (Uh-oh, here comes the hate mail!)

She owes Mr. Gould an apology, not the other way around.

“(Nevada) Secretary of State Barbara Cegavske, who opposed AB4 (the vote-by-mail/ballot-harvesting bill), noted that there were no complaints of fraud during the primary election.  But there was no one investigating fraud during the primary.  Our elections are so important that there is exactly one person on the staff whose job it is to investigate fraud.” – Hank Sikorski, Las Vegas Review-Journal, 8/8/20