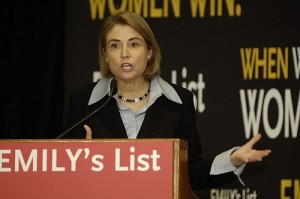 If you haven’t yet seen the new campaign ads put out by Marshall’s staff, here’s a brief recap:

And “I saved Nevadans money by cutting expenses, renegotiating contracts, and increased services by not increasing taxes.”

In the second, I was so glad I was sitting down or I would have knocked myself out on the way to the floor. A Democrat has offered to not raise taxes? And claims to have saved the taxpayers money? Isn’t that straight out of the Republican playbook?

Taking Marshall up on her ads, Burdish’s letter challenged her to sign the Taxpayer Protection Pledge.

Burdish said, “If she signs the pledge, she’ll demonstrate that her words have meaning. If not, it’s a brilliant display of false campaign rhetoric, and Nevadans should be wary of anything she says.”

Read the letter below. And if you’re interested, drop her your own note.

TO: KATE MARSHALL, CANDIDATE FOR CONGRESS

You have two new TV commercials berating Mark Amodei for voting to raise taxes in 2003. Mark has signed the Americans for Tax Reform’s Taxpayer Protection Pledge as a candidate for Congressional District 2. He has given his word not to raise taxes….in writing.

If your TV commercials are sincere and not just political rhetoric, you should do the same. Your Taxpayer Protection Pledge would read as follows:

“I, Kate Marshall, pledge to the taxpayers of the second congressional district of the state of Nevada, and to the American people that I will: ONE, oppose any and all efforts to increase the marginal income tax rates for individuals and/or businesses; and TWO, oppose any net reduction or elimination of deductions and credits, unless matched dollar for dollar by further reducing tax rates.”

Citizen Outreach would be more than happy to facilitate and officially witness your signing of the Taxpayer Protection Pledge. We will meet you anytime, anyplace.

If, however, you choose not to sign the Pledge, that will tell the voters of CD2 all they really need to know about you on this issue; that your TV commercials are dishonest and that you are just another politician who panders to anyone for a vote.

Nevada and the nation do not need another typical politician who will say anything to get elected. We need someone who will represent Nevada and who will stand by their convictions, someone not afraid to put their signature where their rhetoric is. We look forward to hearing from you.