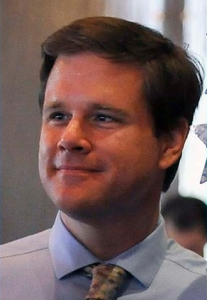 (Ben Botkin, Las Vegas Review-Journal) – In consideration of a contract laden with personal benefits with the Rio for the party’s convention Saturday, Clark County Republican Chairman Ed Williams allegedly committed violations of the party’s rules and ethics. Resultant of which was an ethics complaint filed confidentially against him.

Said complaint was filed in representation of the Republican Party by Rob Tyree, a Republican who was defeated by Williams into the chairmanship seat.

The complaint alleges that Williams takes a “direct personal benefit” through the negotiation with the Rio. Williams would get 40,000 Caesars Total Rewards Credits in return for the signing of the contract. The credits may be spent for meals, spa treatments, and lodging, and would total to $400.

In an interview with the chairman, he emphasized the confidentiality of the complaint so he cannot give direct comments about it. However, the chairman publicly denied owning any Caesars Rewards account.