Clinton promises a college degree in every pot

Clinton promises a college degree in every pot
N&V Staff 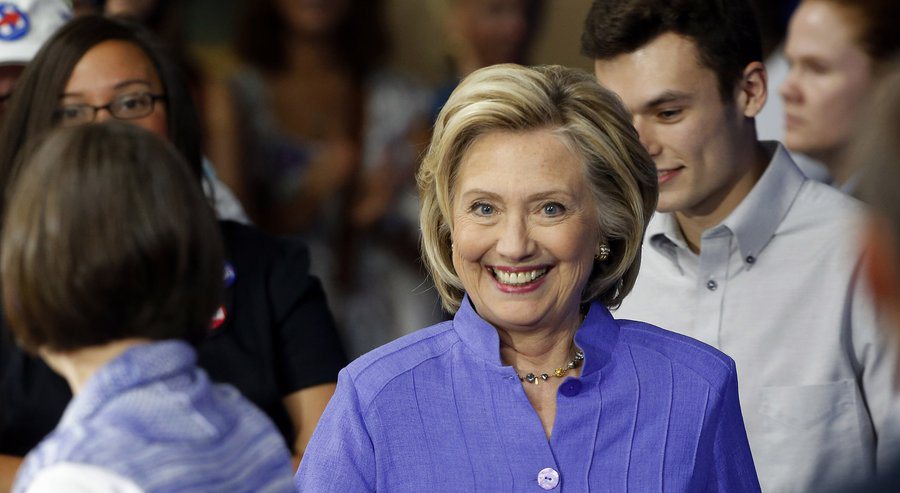 Hillary announces her college degree subsidy program in New Hampshire. In Texas they have a term for that kind of fake grin. (Source: Associate Press)

(Thomas Mitchell) – I have an idea. Why don’t we give every baby born in America a college diploma along with the birth certificate. It would be cheaper than Hillary Clinton’s plan and probably about as effective.

She calls hers a New College Compact and estimates it will cost only $350 billion over the next 10 years — details to come. Though the Constitution fails to give the president or Congress the power to spend money on college degrees or to tell states and public colleges how to do business or families how to provide higher education, Hillary would:

Pay no attention to the fact that federal efforts to make college affordable have in fact made college less affordable by providing incentives to raise tuition rates.

“While one would expect this (aid) expansion to improve the recipients’ welfare, for example, through lower interest payments and a relaxation of borrowing constraints, the subsidized loan expansion possibly resulted in lower welfare because of the sizable and offsetting tuition effect,” wrote the study’s authors.

Never let the facts get in the way of new federal spending program.

“We need to make a quality education affordable and available to everyone willing to work for it without saddling them with decades of debt,” Clinton was quoted as saying by The Wall Street Journal. “I want every parent to know that his or her child can get a degree or you can get one yourself.”

Whether that degree would be worth the sheep skin it is written doesn’t seem to come up in the conversation.

But it could be a proposal that entices a lot of people who want the government to take care of them. As the WSJ piece says:

Student debt tripled over the past decade, reaching $1.2 trillion in the first quarter of 2015, New York Federal Reserve figures show. Education-related debt is now the highest form of household credit outside of mortgages, surpassing even credit card debt.

Clinton’s Nevada campaign immediately sent out an email quoting several people praising the plan to give other people’s money to other people’s kids.

Nevada System of Higher Education Regent Sam Lieberman said, “Her plan to tie student loan repayment to income will help prevent those looking to better themselves from getting trapped under crushing student loan debt. Student debt in our country has surpassed $1.2 trillion. That is unacceptable, and Hillary Clinton has a plan to prevent that debt from rising.”

Nevada state Sen. Joyce Woodhouse chimed in,  “As a former school teacher and administrator for the Clark County School District, I understand the importance of making sure families and students believe that higher education is within reach. To ensure that all students have an equal opportunity to succeed, we need a system in place that rewards hard work and makes college affordable. That’s what Hillary Clinton’s plan does.”

Clinton’s proposal is little more than a promise to put a college in every pot. It will not create jobs to match all those worthless degrees.

In 1817, President James Madison vetoed a bill that would have spent federal funds on roads and canals to improve the flow of commerce. He explained:

The legislative powers vested in Congress are specified and enumerated in the eighth section of the first article of the Constitution, and it does not appear that the power proposed to be exercised by the bill is among the enumerated powers …

Power mad presidents and congresses since then have ignored this common sense approach to governance and spending.

N&V StaffMarch 4, 2022
Read More
Scroll for more
Tap
Fiore: A step in the right direction
Meet Me at Macy’s