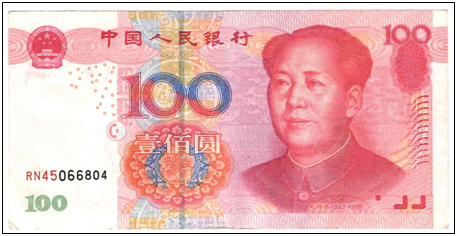 (Robert Romano, NetRightDaily.com) – Beijing has launched a preemptive strike on the West and on other emerging economies, devaluing its currency by about 2 percent in a move that now threatens to disrupt the balance of trade worldwide.

This could be the beginning of China’s own brand of quantitative easing, and it comes after the People’s Bank of China had briefly allowed the yuan to appreciate. It had been up 25 percent since 2005.

By weakening the yuan now, China cheapens its exports; and to remain competitive in the price war, other nations will have to respond in kind.

As Zerohedge.com’s Tyler Durden warns, “In a zero-sum trade world, the market now demands much more quantitative easing from the European Central Bank, Bank of Japan and, soon enough, the Fed itself because the deflationary export deluge which China just unleashed will send the 10Y [U.S. treasuries] solidly below 2 percent in the coming days…”

Interest rates are already plummeting as markets adjust to the new reality while experts predict the move could forestall plans by the Federal Reserve to hike interest rates this year.

After its stock market crash, the move signals weakness in the Chinese economy and, thus, forecasts slow or no global growth in the near term. The reason to cut prices, if you’re China, is because U.S. consumer demand is perceived as being weak.

In the meantime, OPEC announced that it has been increasing production even as oil prices have plummeted the past year. Europe remains in depression. Combined with China’s easing — which should lower the price of consumer goods — the deflationary pressures on the global economy continue to build.

Meaning, the worst may be yet to come.

The currency devaluation also poses a political setback for the Obama administration, which had been pressuring China to increase — not decrease — the value of the yuan by letting it float on open markets.

So much for that.

“They’re just destroying us,” said Trump in a CNN interview, adding, “They keep devaluing their currency until they get it right. They’re doing a big cut in the yuan, and that’s going to be devastating for us.”

A preview of the U.S. response to China could come as soon as September, when the Federal Reserve had been expected to hike interest rates. If there is no rate hike now, it could indicate that the China yuan move has significantly altered and reduced global growth expectations at the central bank.

But even then, the Fed has no more bullets to fire since it cannot go any lower with interest rates to attempt to boost the economy. Quantitative easing has run its course, too.

Meaning there may not be a response.

The U.S. is in a trade war with China. And, so far, it is not shooting back.