CNN Chief Needs a Therapy Puppy and a Pacifier 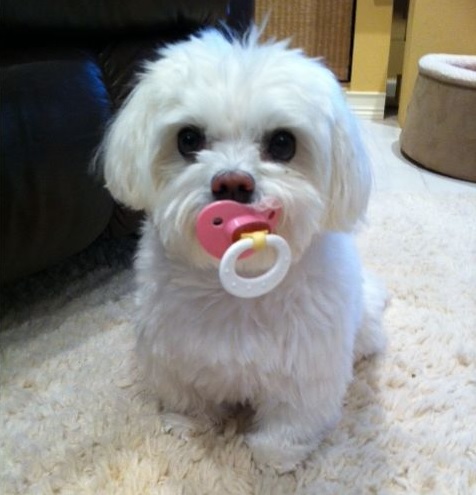 (Chuck Muth) – Jeff Zucker, the head of the nation’s biggest fake news network, CNN, is whining over what he claims is an “unconscionable and dangerous” effort by President Donald Trump to de-legitimize the press which has, according to him, increased the threats faced by his fake news peddlers.

“We’ve been dealing with this in very real and heightened way over the last 18 months,” he blubbered.

CNN has brought this all on itself by throwing off even the thinnest veil of covering this president fairly and objectively.  And they’ve been pulling this same kind of crud for YEARS.  They weren’t dubbed the “Clinton News Network” back in the 90’s for nothing.

CNN was particularly brutal covering former House Speaker Newt Gingrich after the Republican take-over of Congress in 1994.  And it was unceasing in its negative coverage of former Republican President George W. Bush.

In addition, the network has served as the unofficial propaganda machine for Democrats against any and all GOP presidential candidates over the years…with the possible exception of Sen. John McCain.  But he doesn’t count as a Republican.

And it’s even worse when a Republican is also considered a principled conservative.

On the other hand, CNN goes out of its way to protect Democrats and liberals – only occasionally criticizing them with kid gloves to project a false sheen of objectivity.

But their efforts to de-legitimize President Trump have taken their bias, including outright and demonstrable lies, to an all-new level.  It’s shameful.  Disgusting.  Unconscionable.  And yes, dangerous.

The poisonous political environment that exists today – in which a Bernie Sanders supporter decides it’s OK to take a high-powered rifle and go “Republican hunting” at a local playground – can be laid directly at the feet of CNN and its “amen corner” at other liberal news outlets.

For years CNN has used its bully pulpit – with the key word being “bully” – to beat Republican elected officials into submission on a wide variety of public policy issues and campaigns.  And once they’ve decided to target an individual, they’ve been a pit bull on a bone.  They just won’t let it go.

Then along came Mr. Trump.  Unlike most Republicans, he bites back.

And after decades of having it all their way, CNN doesn’t like it.  But CNN has brought this all on itself.  The public caught on to their act long ago but never had a champion tough enough to put them in their rightful place.  Now we do.

Of course, CNN and others wrap themselves in the shroud of protecting “the peoples’ right to know.”  But no one elected them to do that for us.  They’re self-appointed.  With no accountability.  Unlike our government’s constitutionally established “checks and balances,” the media has operated its anti-GOP/anti-Trump propaganda machine with absolute impunity.

I’m certainly not condoning violence or physical threats against the self-proclaimed “reporters” and “journalists” at CNN. But to blame President Trump for the negative reactions to their ongoing and relentless fake news for simply defending himself and counter-punching in the political arena is absurd.

Our advice to Jeff Zucker if he won’t change his evil ways and stop trying to de-legitimize Trump’s presidency: Suck it up, buttercup.  It’s gonna be a long seven-and-a-half years!

And the march to make America great again soldiers on!