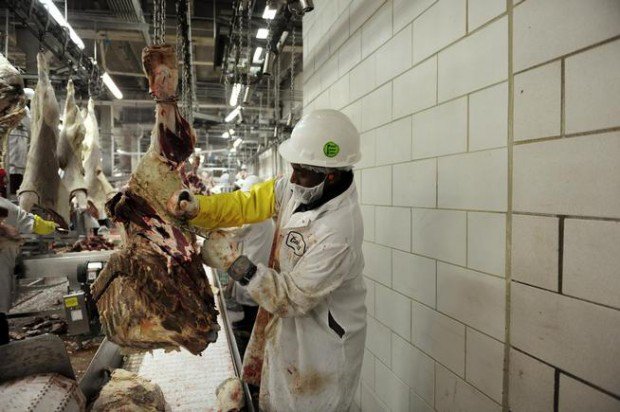 Cargill Meat Solutions in Colorado had favorably granted at least 200 Muslims a job but its grant turned out to be a sudden dilemma to the company when said employees squabble for their right to religious practice at work. (Courtesy: Stockphoto)

(Amanda Shea, Mad World News) – In Fort Morgan, Colorado, a meat-packing plant learned what happens when you give hundreds of Muslim refugees a job. When management showed up to work, they were met with a nasty surprise from the ungrateful Somalis, who they generously employed. The company returned the favor ten days later with a special “gift” of their own.

Cargill Meat Solutions processes beef, and among their workers were more than 200 Muslim migrants who were dumped in the state with liberal promises of work and a better life. The business thought that they were doing a good thing by giving the Somalis work and even went as far as to make special accommodations for their Islamic prayer rituals on the job. That generosity backfired, which was only a matter of time.

After the company’s recent sudden reversal of a long-standing prayer policy offered to Muslim employees only, where they gave the workers five-minute breaks to pray throughout their shifts, the entitled migrants lashed out. Demanding that they get their way and insisting that to deny them frequent breaks is “religious discrimination,” more than 100 of the Islamic employees pitched a huge fit.