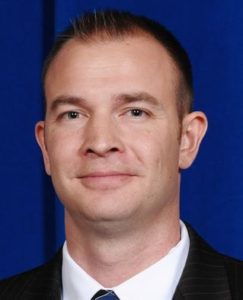 (Andy Matthews, Elko Daily) When I ran for Congress this past year, I heard a lot about one subject: taxes. It’s a source of anger and confusion for anyone who has to file a 1040 or a Schedule A or a Schedule C … or a plethora of other forms. In fact, did you know that Americans spend over 6 billion hours filing their returns? That is a lot of time lost to unproductive paper work.

With our country’s gross domestic product (GDP) only rising 1.2 percent during the second quarter of 2016 and unemployment here in Nevada staying steady at around 6.5 percent, significantly higher than the national rate, one of the most practical and feasible ways to stimulate the economy and expand investment across businesses and states is through comprehensive tax reform.

As the economy continues to bounce back, it’s a good sign that both candidates are focused on reforming our tax code, but the right policies are needed to get our economy moving again.

First we must acknowledge the fundamental problem, that America’s tax code is outdated and overly complex. Here in Nevada, about 1.4 million people struggle to navigate the 70,000 plus page document each year. Research by National Taxpayers Union Foundation found compliance with the federal tax code costs Americans $234.4 billion on top of what the IRS actually collects.

This is simply unacceptable, especially for Nevada’s middle class families and businesses who are keeping less and less of what they earn. When a small business in Nevada diverts efforts and resources to deal with tax compliance issues, they do not get to focus on their business. Such a distraction jeopardizes jobs and much needed revenues.

Combined, our nation’s federal and state corporate tax rate stands at an irrational 39 percent, the third highest in the world. We need to reduce both personal and corporate income tax rates as another avenue through which we can limit the burden that is imposed on entrepreneurship and business investment. The key is an environment that encourages growth and expansion. Adopting a 25 percent rate would increase the nation’s GDP by 2.3 percent and create 425,000 jobs. Dropping it to 15 percent would result in a 4.3 percent GDP increase and yield 786,000 jobs. Clearly, this small change will go a long way towards fostering the investment and economic growth the nation – and Nevada taxpayers – so desperately need.

Over the years, lawmakers have increasingly asked the tax code to direct all manner of social and economic objectives. Or in other words, politicians use tax policies to push a political agenda and pick winners and losers in the marketplace. By simplifying our tax code, we will eliminate special interest loopholes that exist at the expense of others and remove the ability to punitively attack one industry.

It has been almost 30 years since the U.S. tax code has undergone any significant restructuring. And as we inch closer to November and the debate over much-needed tax-reform continues in Washington, what’s best for the economy and small business must be top of mind.

Therefore, we must resist the temptation to continue to pile on to this broken system with “band aid” solutions as the Obama Administration and others like our very own Senator Harry Reid have supported. While this tactic is easier to implement, piecemeal efforts only further complicate and over regulate taxpayers who desperately need a tax code that is overall simpler, fairer and flatter.

Congress and the White House need to come up with a comprehensive tax reform plan that simplifies the code, lowers the corporate and individual’s rates, and treats all sectors of our economy uniformly. Nevadans and our nation’s taxpayers deserve a better system.

Andy Matthews is executive director of the Morning in Nevada Political Action Committee, the former president of the Nevada Policy Research Institute, and ran for Congress in District 3 in Las Vegas.