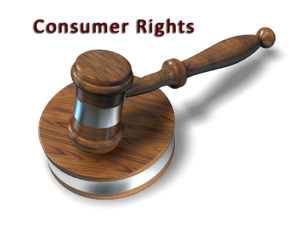 (PRNewswire) The Coalition for Contact Lens Consumer Choice announced this week that more than 135,000 individuals have now signed the Coalition’s petition urging Congress to reject legislation that would reduce choice and increase costs for America’s contact lens wearers.

“Contact lens consumers are right to be concerned about proposed legislation that would limit their ability to buy contact lenses from their retailer of choice,” said Richard Chavez, Senior Vice President of Costco Wholesale. “They are getting exactly the same lens, whether they buy it from Costco or another in-store retailer, online or from an optometrist. The only reason the American Optometric Association (AOA) is pushing this new legislation is to help its members capture more sales for themselves. If passed, this legislation would inconvenience contact lens wearers, raise prices and harm eye health.”

Since the Fairness to Contact Lens Consumers Act (FCLCA) was enacted in 2003, consumers have had the ability to purchase contact lenses at discounted prices from alternative retailers, whether online, in stores or over the phone, primarily because the FCLCA created a simple and convenient process for retailers to verify prescriptions for consumers. Legislation introduced by U.S. Senator Bill Cassidy (R-LA) in April, the misleadingly-named Contact Lens Consumer Health Protection Act (CLCHPA) (S.2777), and a companion bill introduced in the House of Representatives (H.R.6157), would reverse those hard-fought gains by severely restricting the prescription verification process and thereby limiting the ability of consumers to access affordable lenses.

The CLCHPA would threaten this system by adding new barriers to the prescription verification process. These new barriers would allow optometrists to simply ignore verification requests from alternative retailers. The new verification procedures would limit the ability of consumers to purchase their contact lenses from alternative retailers, which would reduce choice, increase consumer costs, and potentially jeopardize eye health, as consumers are more likely to wear clean, fresh lenses when they are convenient to purchase and affordable.

For more than a decade, alternative contact lens sellers have been closely monitored by the Federal Trade Commission without any evidence of adverse consumer health effects attributed to the purchase of contact lenses from these retailers. Numerous medical studies, including a 2015 study conducted by the CLAY Group, an optometric research organization formed by the American Academy of Optometry (AAO) and the AOA, and funded by a grant from Alcon, a leading contact lens manufacturer, have found no connection between eye health or safety and the location of contact lens purchase.

The Coalition for Contact Lens Consumer Choice serves as a voice for 41 million American contact lens consumers by advocating for continued consumer choice in the contact lens market. The Coalition opposes legislative and regulatory proposals at the federal and state levels that would limit the ability of consumers to purchase contact lenses from the retailer of their choice, whether online, in stores or over-the-phone.

More information about the coalition can be found at KeepContactLensChoice.org.