Unable to Cope with Idea of GOP Winning His Senate Seat, Harry Reid Lashes Out at Real Clear Politics 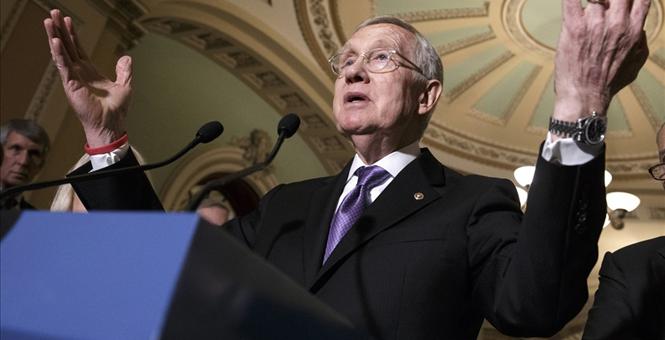 (Jason Hopkins, Townhall) Rep. Joe Heck (R) is running against former attorney general Catherine Cortez Masto (D) to replace retiring Harry Reid in the U.S. Senate. According to numerous polls, Heck is winning the Nevada senate race. In fact, Heck has been outperforming Masto for months now. He’s held a constant lead against his Democrat opponent even as Trump has fluctuated in popularity in the state.

Given his enduring (and current) lead in Nevada – Real Clear Politics projects the congressman to win the race. Senate Minority Leader Reid just doesn’t know how to deal with the prospect of his longtime seat falling into the hands of the GOP. The mere mention of it has the senator throwing fits at anyone who dares speak of the reality of the situation.

His deteriorating behavior came to a head Thursday when a reporter for Real Clear Politics mentioned the state of the race.

“I don’t want to let any of the air out of your balloon, buddy, but Real Clear Politics is one of the worst,” the Senator said. “All of them are wrong. Rather than doing your own stuff, all you do is average out all these bad polls.” …Reid wasn’t done yet. “Catherine is going to win by a nice margin. Real Clear Politics is totally unimpressive to me.”

RCP aggregates only the most respected polls in the nation and is followed by major political organizations. Are all of these polls wrong?