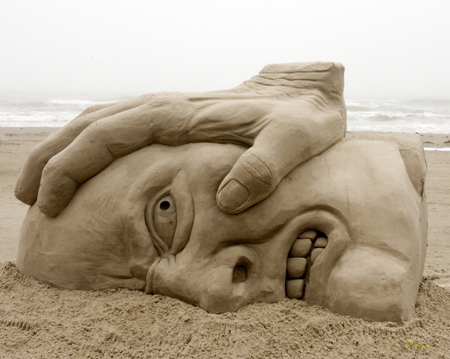 This week the highly-respected Cato Institute gave Sandoval an “F” on its report card for his fiscal irresponsibility – the same grade that California uber-liberal Gov. Jerry “Moonbeam” Brown received.

With that in mind, Sandoval has now called for a special session of the Legislature to approve a funding program for the construction of a much-needed new multi-purpose domed stadium in Las Vegas.

Funding for the stadium could come from the EXISTING revenue generated by the tourist room tax on Las Vegas hotels and resorts – which is exactly the kind of project that tax was created for in the first place.

And if that’s not bad enough, get this…

Liberals and the teachers union then sued to block the program, arguing the ESAs violated the separation of church and state doctrine.

The Nevada Supreme Court recently rejected that argument.  But in an absurd ruling that could only come from government, the Court declared that the EDUCATION Savings Accounts couldn’t be funded from – are you ready for this? – the EDUCATION budget!

Nevertheless, Sen. Scott Hammond, author of the program, said that technicality could easily be fixed.  After all, we’re only talking about finding roughly $17 million to fund the program for the remainder of this budget cycle from a total budget of around $10 BILLION dollars.

That’s like winning $10,000 on a slot machine and needing to find $17 to buy a “Make America Great Again” baseball cap.

So all Sandoval needed to do was add this item to the special session agenda and some 8,000 Nevada families who have already signed up for the ESA program could immediately get the school choice assistance they’ve been promised and the Court has found constitutional.

But Sandoval has shamefully decided NOT to include fixing the ESA funding problem during the special session.  Which means the program could be killed completely next session if Democrats regain majority control of the Legislature in November.