Communism and Millennials, Progressives and Liberals

In the 100th anniversary of communism last month, three points stood out. 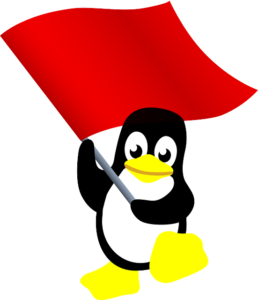 First, polls say half of America’s millennials would rather live under socialism or communism than capitalism.

Second, the reality of communism was, horrifically, exactly the opposite of the naïve view held by today’s young and by many people around the world in the last century.

Third, the essential faults and failures of communism also characterize all government to some degree, especially democratic socialism, progressivism and statist liberalism.

The starry-eyed ignorance of communism’s supporters then and now stemmed from the false belief that capitalism (private property and free-market systems) are based upon and promote predatory behavior.  So, they must be responsible for poverty, misery, exploitation and war.  Communism and other coercive collectivism, in their view, are structured for equality, fairness, prosperity, peace and tranquility.

That was the premise and the promise.  The reality?

Ultimately, it collapsed from these monstrous facts and because it couldn’t provide economic growth and human wellbeing comparable at all to what private property and market systems do.  Indeed, communism produced great equality only by making nearly everyone poor relative to living standards enjoyed under capitalism.

Even though hundreds of millions suffered or perished, many American young people embrace this nonsense due to their ignorance of history and the stupid, evil dogma they’ve been taught in our education systems.

The falseness of communism’s promises are seen in its reality as it unfolded in 1917’s Bolshevik revolution and others.  Karl Marx and Friedrich Engels promised “from each according to his ability to each according to his need.”  But Vladimir Ilyich Lenin said the ends justify the means – any means.  Then Joseph Stalin in Russia, Mao Zedong in China, Pol Pot in Cambodia, the Kim dynasty in North Korea, plus Fidel Castro and other tyrants in Latin America, Africa and Asia took Lenin’s viciousness and ran amok with it.

The reason communism fails lies in the logic of Marx, Engels and Lenin that is essential to its actual practice.  Marx and Engels sketched a long unrealistic plan of development that would require a dictatorship of the proletariat among other things before the nirvana of sweet, tranquil communism arrived.  The practitioners had no patience for all that and believed they could take a short cut to the end state via especially harsh means.

The problem for communism is similar in kind to that of lesser forms of coercive collectivism, even if much worse in degree.  Simply put, each system promises ultimately to deliver good results, but in order to get there it must first break a few eggs.  This is the essential nature of all government: It promises to deliver net benefits to society, but in order to develop the means to deliver benefits, it must first do some human damage to real people.

Thus, public spending will help the needy and deserving poor and will provide the benefits of education, transportation systems, etc.  But to do so, it must first tax people.  Similarly, regulations will protect some people by diminishing rights of others.

The damage from taking money and rights from people is always unavoidable, but the benefits from subsidies, public goods and protection for others are uncertain and contingent.  So, leftists, politicians and bureaucrats dwell on the promised benefits in order to obscure the uncertainty that purported benefits will actually materialize and will exceed the costs and damage necessitated by their plans.  Limited-government libertarian conservatives are the adults who are focused on acknowledging the cost and damage and restraining government over-reach to assure that the actual benefits are greater than the costs.

Progressives and statist liberals chafe when one points out what they have in common with socialists and communists.  But the further we go down their road, the more millennials will learn the truth of limiting government instead of being its booster.