Congress finally gets it right on business expensing

Congress finally gets it right on business expensing
N&V Staff 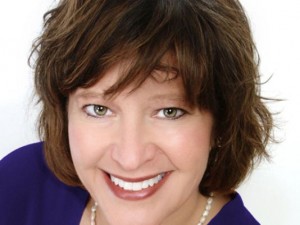 Ms. Thompson is the Nevada State Director for the National Federation of Independent Businesses

(Randi Thompson) – An area of uncertainty for the nation’s most important group of employers is over. Predictability is now the law of the land for small-business owners, now that Section 179 expensing has been made permanent.

Years ago, Congress boosted the expensing limits on the amount of new purchases for heavy machinery, office equipment, computer technology, and many other big-ticket items from $25,000 to $500,000 and also radically simplified the paperwork process on it to one year from up to 39 years.
When the Bush tax cuts expired, however, the amount that small firms could expense under Section 179 dropped back down to $25,000—unless Congress extended it.
Last year, Congress waited until mid-December and then only retroactively passed the provision for the year. Since the business owner has to be able to prove that the equipment has been put into service, this made it impossible for some businesses to purchase something in time.
Small-business owners deal with a great amount of uncertainty in the day-to-day operation of their companies. To get into business in the first place, a person must be willing to tolerate a good deal of risk. But even the most confident owner has his or her limits.
It has been a top lobbying goal of the National Federation of Independent Business (NFIB), America’s largest and leading small-business association, to make section 179 of the IRS Tax Code permanent. It helped orchestrate thousands of small-business owners to send more than 10,000 letters to their senators and representatives, and to have many travel to Washington, D.C. to make an appeal in person.
“The tax benefit encourages businesses to make big investments and the permanency creates predictability,” said NFIB President and CEO Dan Danner. ” NFIB economic research shows that certainty about the provision could fuel the creation of nearly 200,000 jobs in the first 10 years. During that same time, economic output could increase by $18.6 billion.
At a news conference with Senate Majority Leader Mitch McConnell before the vote on the bill that included Section 179 expensing, Danner again stressed ‘predictability’ as the key to unlocking the job-generating machine that small business is.
After Senate passage of the bill, Danner called it “easily the most positive thing Congress has done for small business in the past several years, and it will ripple through the economy in the form of new investments and more jobs. The tax benefit encourages businesses to make big investments and the permanency creates predictability. Our research predicts that we’ll see hundreds of thousands of new jobs as a result.”
According to the latest data by the U.S. Small Business Administration, small business makes up 99.7 percent of all employer firms, creating 63 percent of net new, private sector employment.
Making Section 179 expensing permanent is a huge boon for small businesses. Small-business owners will no longer to call their congressman and ask when the annual tax bill is going to finally be passed, and they will no longer get caught up in the annual wrangling over government funding.
Washington still subjects small-business owners to lots of uncertainty when it comes to taxes and regulations, but at least this time, Congress and the President did something clearly beneficial for them. It’s a welcome holiday present for millions of struggling small businesses.
Prev postNext post
Related Items
Business
N&V Staff
Related Items