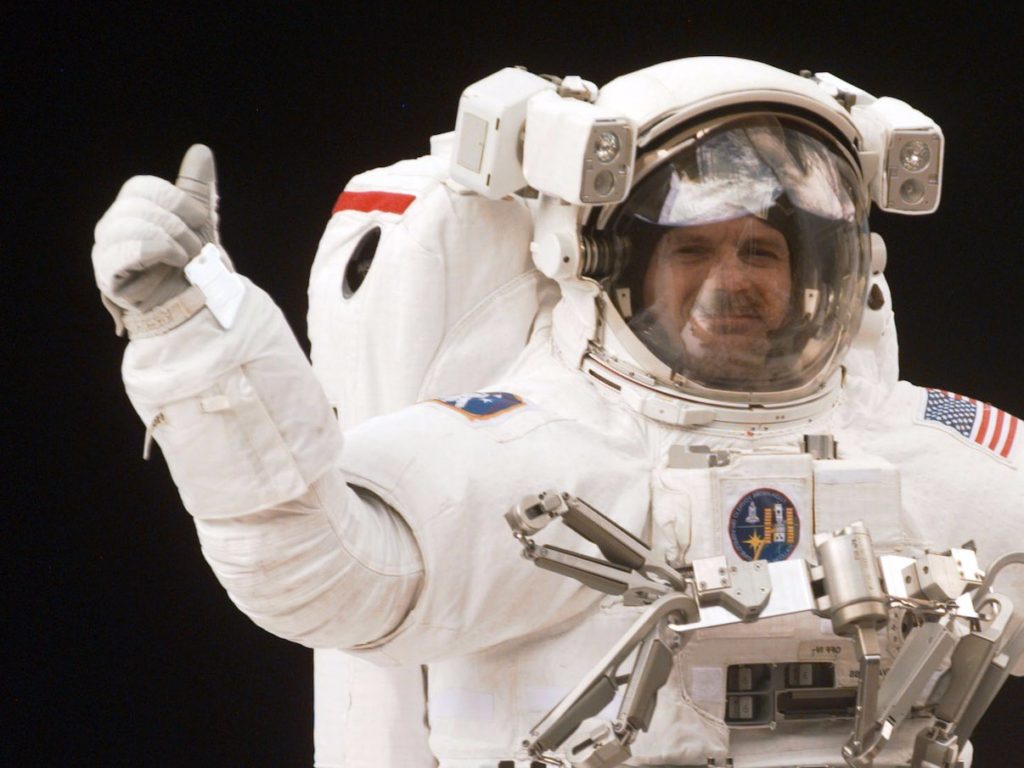 An astronaut in space flashes a thumbs-up sign. (Courtesy: NASA)

(Dave Mosher, Business Insider) – For the first time in more than 6 years, both chambers of Congress passed a bill that approves funding for NASA and gives the space agency new mandates.

The NASA Transition Authorization Act of 2017 is a bill the Senate and House collaborated on for months, and it appropriates $19.508 billion to the space agency. (NASA received $19.3 billion in 2016 or 0.5% of the total federal budget.)

When the Senate brought the bill before the House of Representatives for a vote on March 7, “no members spoke against the bill” and it passed, according to Jeff Foust at Space News.

The document asks NASA to create a roadmap for getting humans “near or on the surface of Mars in the 2030s.” It also calls on the space agency to continue developing the Space Launch System (SLS) — a behemoth rocket — and the Orion space capsule in order to eventually go to the moon, Mars, and beyond.

Now it’s up to President Donald J. Trump to sign the bill into law — or veto it.