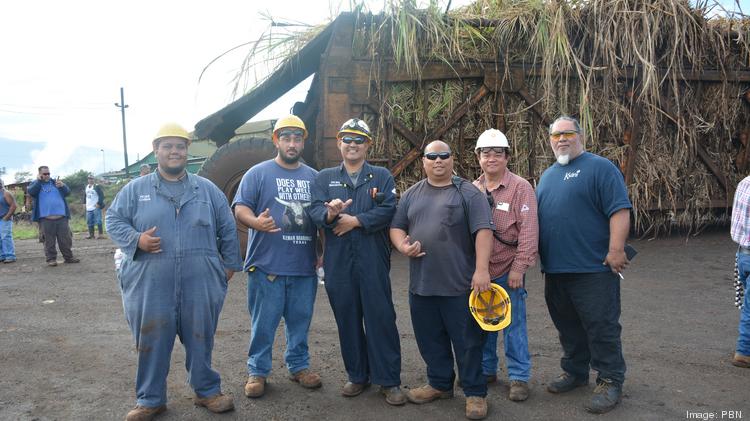 Plantation workers at Hawaiian Commercial & Sugar Co. pose for a photo on the day of the company’s last sugar harvest on Maui, the last large-scale sugar operation in Hawaii.

(Chuck Muth) – It’s said all good things must come to an end.  But for Hawaii’s sugar industry, that end is anything but sweet.

“The Hawaiian Commercial & Sugar Company is closing up shop after more than a century,” Agri-Pulse.com reported last week, “bringing an end – at least for now – to commercial sugar farming and processing in the Aloha state.”

And if some in Congress have their way with the new farm bill, this sad ending for sugar in Hawaii could play out on the mainland as well.

According to Chris Benjamin, president and CEO of Alexander & Baldwin, the owner of HC&S, “low prices and rising operating costs finally forced the operation to cease.”  That’s an important point for congressional critics of the current U.S. sugar program to heed.

As noted last week in an article published by Progressive Farmer magazine, the International Trade Commission (ITC) has argued in the past “that eliminating U.S. sugar policy and allowing subsidized imports to flood the U.S. market would mean lower prices for consumers.”

But according to recent testimony to the ITC by American Sugar Alliance (ASA) economist Jack Roney, the exact opposite occurred between 2008 and 2014 when Mexico abused the NAFTA agreement and dumped tons of artificially cheap, government-subsidized sugar on the U.S. market.

Mexico’s unlawful trade actions did, in fact, drive down the cost of sugar and “injured the U.S. sugar industry.” However, Roney noted, “Grocery shoppers saw no benefit and food makers actually increased prices.”

“Retail refined sugar and sweetened-product prices did not fall,” Roney continued, “and, in fact, rose over the period of Mexican dumping and its aftermath.”

The fact is, U.S. domestic sugar prices today are almost exactly what they were thirty years ago while the retail cost of sweets and candies has skyrocketed.  This demonstrates beyond doubt that factors other than the cost of sugar  – primarily higher wages, taxes and regulatory costs – are fueling decisions to move manufacturing operations out of the country.

Congress needs to look at what really killed the Hawaiian sugar industry and take steps to assure it doesn’t happen elsewhere in the lower 48 states.