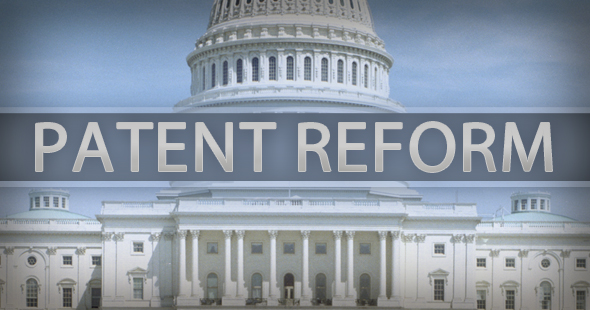 Today, America’s innovative environment is threatened by patent trolls. These highwaymen sit on overbroad, vaguely worded patents and use patent infringement lawsuits to extort unsuspecting businesses out of needed resources. Producing nothing, patent trolls suck an estimated $1.5 billion in legal fees and opportunity costs from the U.S. economy every week. Businesses working hard to develop ideas are wasting precious resources fighting patent trolls in court instead.

It is time for Congress to rein in these modern-day monsters.

At my cloud computing company, Rackspace, we fight every troll on every patent they assert against us—every time. And we have been winning in court.

For example, in 2013 Rackspace and our partner Red Hat defeated Uniloc, a notorious patent troll.

Uniloc claimed to own a patent covering part of the algorithmic process used in the Linux operating system, which Red Hat supplies to us. The case was dismissed because the subject matter of the patent was “a mathematical formula that is unpatentable” under Supreme Court case law.

Since then, the Supreme Court has upheld this precedent.

In its 2014 decision Alice Corp. Pty. Ltd. v. CLS Bank International, the court ruled that patents which simply add “do it on a computer” to an abstract idea are not eligible for protection under U.S. patent law. Predictably, there are those who disagree with the court’s decision, opining that it has “intellectually bankrupted” and “set back” the patent system.

But our patent system was designed to encourage innovation, not enrich free-riders.

This ruling was a major win, but businesses like Rackspace should not have to waste valuable resources fighting back through the court system. Without patent reform, businesses like mine are forced to foot the bill for hefty legal fees.

Since 2010, we have seen a 500 percent spike in our legal costs combating patent trolls. Over three years, we have budgeted between $4 million and $5 million dollars for these defenses.

That’s money that could have been spent creating jobs and employing dozens of urgently needed engineers. It’s funding that could have gone toward producing another innovation in the cloud computing field had it been invested in research and development efforts.

Fighting a troll in court can cost as much as $2 million, but there are more than just legal fees.

Litigation is stressful and distracts companies from their core businesses. Employees waste time in depositions and trials, and pending litigation paralyzes productivity.

Rackspace has been fortunate in our ability to fight trolls, but many businesses cannot afford to mount a defense against a patent troll even when they know the claim has no merit. To small and mid-sized businesses, litigation is prohibitively costly. As a result, they are forced to pay off the trolls, or worse, abandon innovative new ideas.

This is the crux of the patent troll business model: increasing use litigation costs to force honest companies into a settlement, regardless of the strength of the claim.

The Alice decision has been an important stopgap, but we still need to address so much more in order to stop patent litigation abuse.

The White House and Congress have offered solutions to address these extortionist practices, but businesses bear the burden of inaction until reforms are actually made. To reign in patent abuse, policymakers must crack down on the shell companies that hoard patents and fund attacks on businesses. Legislators should also require patent trolls to demonstrate up front how businesses are supposedly infringing on a patent before bringing a suit.

Some cases will inevitably go to court, but one way to ensure swifter resolution would be to have courts focus on the technical matters of the patent from the outset. This would lend greater transparency to abuses.

Another way to unclog the overburdened legal system would be to make patent trolls pay the legal bills for frivolous, wasteful cases when they lose. As things currently stand, patent trolls face no risks for bringing frivolous lawsuits to court, and the incentive structure within the patent system has accordingly shifted out of balance.

Until these changes happen, businesses of all sizes and from all industries will continue to find themselves in the crosshairs of greedy patent trolls. No company is immune.

Mr. Lindberg is the vice president and associate general counsel for Rackspace, a cloud computing company based in Texas. This column was originally published by Morning Consult on December 5, 2016.