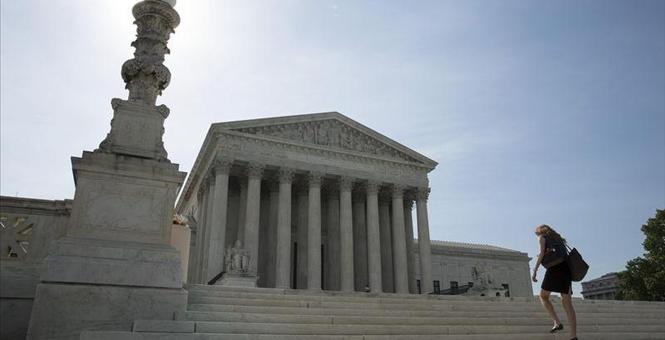 (Chuck Muth) – In the wake of the Great Recession, the American economy continues to face an anemic recovery as we attempt to return to a period of sustained growth. In fact, just this past week, the Bureau of Economic Analysis announced that the gross domestic product grew at a rate of just 0.2 percent between January and March. Businesses – both large and small – are grappling with significant uncertainty and unpredictable days ahead.

As if today’s economic climate wasn’t challenging enough, our innovators and job creators are being held back by another force which is becoming an increasing threat: patent trolls. These faux inventors are destroying the incentive for American entrepreneurs to create new products and businesses, which directly hurt our nation’s economic future.

Patent trolls, often partnering with trial lawyers, comb through thousands of patents, attempting to find vague language in order to file suit against legitimate businesses. Often, these trolls will file dozens of lawsuits in a single day. Even if the majority of lawsuits are thrown out as frivolous, one settlement can lead to millions in profits for the troll. On average, reaching an out-of-court settlement with a troll costs a business approximately $1.3 million.

Our economy must be able to recognize the full potential of our great minds and every idea that can be harnessed. This open exchange of ideas is the epitome of the free market system that has made the American economy the envy of the world.

Fortunately, Congress is currently considering the Innovation Act (H.R. 9), which will ensure that innovators are given space to invent without having to fear patent trolls. The legislation does not affect the patent process or legitimate patent litigation; it only guarantees that certain safeguards are implemented that place the burden on patent trolls to prove their claim before they can extort hard-working job creators.

Just last week, the U.S. Senate committed itself to the patent reform discussion and introduced the Protecting American Talent and Entrepreneurship Act of 2015 (PATENT Act), which has wide bipartisan support. The legislation addresses most of the same major issues as the Innovation Act and calls for greater protections for customers caught up in lawsuits.

Similar legislation passed the U.S. House of Representatives during the last session of Congress, but then-Senate Majority Leader Harry Reid refused to even give the bill a committee hearing. However, there is an opportunity present this session to support – in a bipartisan manner – legislation that protects our nation’s innovators from frivolous litigation, while giving our economy a badly needed shot in the arm.

Conservatives understand that the free market is what drives America and that innovation and invention will be a key to our future and security. The effect of patent trolls’ actions are no different from ad-hoc tax policies which result in innovators – who should be spending their time refining ideas – wasting precious resources in other areas. We must stop these modern day ambulance chasers if we are to continue to promote ideas and innovation.

This is an idea that has persisted throughout the history of our country. Abraham Lincoln, the only president to be awarded a patent said that the patent system “added the fuel of interest to the fire of genius,” underscoring his recognition that the United States must have a robust patent infrastructure.

Now with both the Innovation Act and PATENT Act, it is past time that lawmakers enact legislation to ensure that the innovators in our country are not penalized by anti-progress patent trolls and trial lawyers. Passage of legislation addressing this issue will benefit all Americans.

N&V StaffOctober 7, 2022
Read More
Scroll for more
Tap
Let the political parties decide how, when and where to nominate their candidates
Where the buck stopped