Conservatives Should Not Surrender on Sugar
N&V Staff 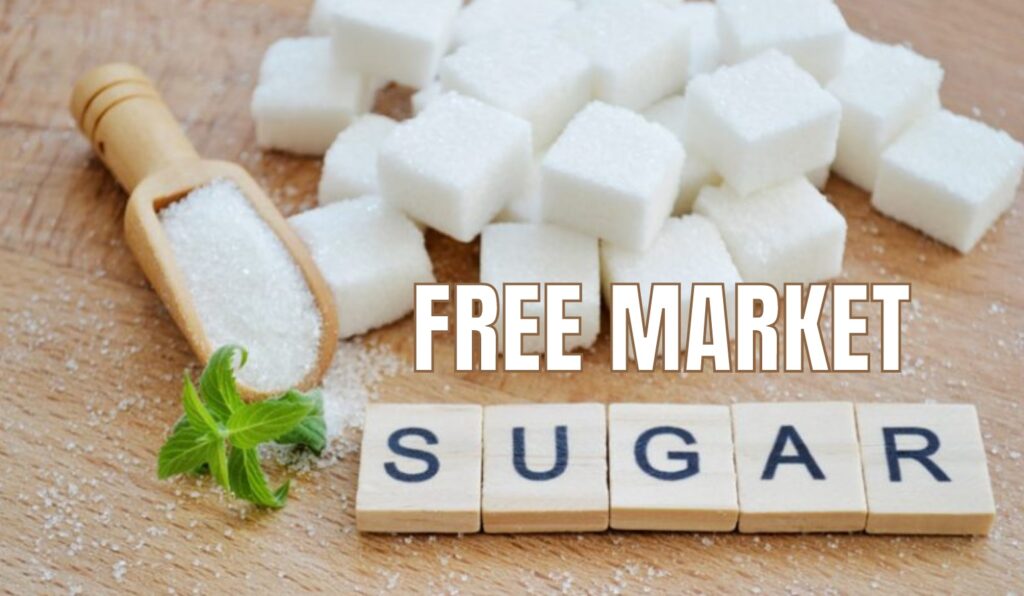 (Gerard Scimeca | Townhall) – Winston Churchill’s quote imploring the forces of freedom to “never give in” has endured for more than 80 years as the marquee speech for stirring inner courage against those demanding we “yield to power.”

Churchill’s words today live on in our hearts, as well as on coffee mugs, internet memes, and of course countless inspirational posters suitable for framing.

It would be comforting to see such a placard on the walls of organizations such as the Heritage Foundation, the CATO Institute, or Citizens Against Government Waste, free-market groups at the forefront of a movement within conservative circles embracing a position of complete surrender on a key matter of U.S. trade and agriculture.

With hearings for the 2023 Farm Bill already underway in Washington, the consequences of this stance take on critical importance at a time of global economic and supply chain uncertainty.

For all of the conservative movements’ rightful paroxysms regarding open borders, it is perplexing why those who champion free markets wish to throw open the trade border to an avalanche of heavily subsidized foreign sugar from nations such as China, India, and Brazil, among others.

Such a policy would surely spell the end for U.S. farmers who would not be able to compete against a heavily subsidized foreign product sold at or below cost. We would further wave goodbye to the 151,000 jobs our domestic sugar industry supports, and the $23 billion it presently contributes to our economy.

Our nation’s current sugar policy is ably designed to maintain a consistent supply and price for sugar by limiting foreign imports and it has worked wondrously. Sugar today is cheaper than it was in the last century and consumers and domestic food producers have never had to suffer damaging and uncertain disruptions in supply.

As important, we have protected our world-class farmers from predatory nations seeking to capture domestic market share through dumping, a fact even the feckless World Trade Organization has acknowledged. Yet none of this impresses some who consider any form of government assistance to be protectionist and anathema to a free market.

Some falsely claim the U.S. subsidizes its sugar industry, but in fact our policy of import quotas, price floors, and interest-bearing loans to farmers does not cost U.S. taxpayers a dime. Some anti-sugar groups are, however, subsidized by domestic food producers, confectioners especially, who would love nothing more than to have access to unlimited quantities of cheap, foreign sugar to pad their profits.

While George Santayana reminded us of the consequences of not remembering history, there is sadly no analogous proverb regarding those who remember history quite well, yet nevertheless remain determined (and doomed) to repeat it. The anti-sugar coalition on the right is fully aware of what happened just 15 years ago when the European Union (EU) let down its guard and removed import quotas from foreign-subsidized sugar.

Predictably cheap sugar flooded their market and decimated their domestic producers. The party ended when prices began to steadily rise to meet the demand left from the absence of a domestic sugar industry. When the hangover subsided, the EU reversed course and ramped up their domestic sugar production through significant subsidy support and strict import limits.

There is simply no excuse for advocating America follow this path of certain ruin and its consequent price and supply uncertainty, especially in the midst of an ongoing supply chain crisis where our nation is awakening to the pitfalls of relying on foreign producers of commodities and durable goods.

The Farm Bill should echo a bi-partisan recognition that food security is national security, and that what is good for farmers is what will keep food on the table. The final legislation should affirm our opposition to predatory foreign trade that takes aim at our farmers, our rural communities, U.S. businesses and consumers, and our long-term economic well-being.

In a corrupt and distorted global sugar market, the U.S. should pronounce clearly that we will trade fairly only when other nations trade fairly. Much is at stake in the coming Farm Bill and maintaining our resolve against hostile trade policies has consequences beyond sugar itself.

The groups that seek to reward adversaries that aim to do us harm are not advancing the cause of free markets; they are waving the white flag. Surrender, like defeat, is a bitter taste we can do without.

Mr. Scimeca is an attorney and serves as Chairman and co-founder of CASE, Consumer Action for a Strong Economy, a free-market oriented consumer advocacy organization.